What opposition learnt from primaries - Report

The conference, organised by the Republikon Institute and the Friedrich Neumann Foundation for Freedom was held on the 10th of November, and it focused on the evaluation of the Opposition Primaries and the expected developments in the 2022 Parliamentary Elections.

In the first panel discussion, Koloman Brenner from Jobbik, Dávid Dorosz from Párbeszéd, Miklós Hajnal from Momentum, József Gál from LMP, Ádám Agócs from MSZP and László Sebián-Petrovszki from DK participated in the discussion. Andrea Virág from Republikon moderated the roundtable.

The first question was about the evaluation of the Primaries, with each party's experience, either positive or negative. Everyone was unanimous in their positive assessment of the process, as well as the results - the candidacy of Péter Márki-Zay for Prime Minister was accepted by all. Mr. Koloman underlined its special position as the only centre-right Christian conservative party, and being stronger in the countryside, they still achieved their goals, and as a rural challenger to Fidesz, it managed to field accepted and established candidates in many places. But Jobbik is not the only party who feels "rural”, DK has also achieved overwhelming success thanks to Klára Dobrev’s results in less developed constituencies - so together with Jobbik they will face incumbent Fidesz candidates in the countryside.

For Miklós Hajnal, it was reassuring to have sufficient answers to the myriad technical and political questions borught up at the beginnig of this process – and the other panellists agreed. There were multiple „races” on two tracks, against each other and for common goals, nationally and in individual constituencies. But collectively, they feel they have succeeded in these tasks and met the electorate's requirements. A real coming together has begun, with powerful local teams and a whole national mindset emerging - each contributing the tools, know-how and skills that they can offer. Ádám Agócs underlined that in today's relative majority system, it should be remembered that the primaries were only the first step to victory, and that now it is necessary to open up this consensus beyond the opposition subculture to the near-identical mass of „undecideds”.

Everyone is optimistic about Péter Márki-Zay, with the frame expanding to 6+1. There is no stalling, although the public discourse might seem "empty" since the end of the 2nd round. The common programme and list is being created at a rapid pace - usually a multi-year process, it has to be completed in record time, but it is expected to be done by the end of 2021. The 6 parties, which have been working together since August last year, and the prime minister-designate are now polishing up. A common agenda and Márki-Zay's personal profile are both necessary. So they are urging voters to be patient, expecting a much better result than they would have thought at the beginning. Locally, the candidates' work will only intensify.

As for the expected campaign, it is worth mentioning the different organisational framework, as the election will be held in already known locations in rural constituencies, and they are confident of a higher turnout because of this – especially Jobbik. But besides the countryside, the young and the insecure are the key to the 2022 elections, the parties have done a brilliant job in mobilising them, it is just a matter of keeping up this young "hype" in the future. A full mix of both in-person and online tools will be needed: in the face of the billions of the Fidesz monolith – both in state and private resources –, only a sustained door-to-door campaign and a uniformly organised online presence will suffice. By next spring, we need to know exactly who to target and how. They are under no illusions that the worst "smear campaign" ever is on the cards.

But overall, everyone was positive about the lessons learned and optimistic about the future. There have been bumps, sore points and scary moments - but the work of the past year has set the framework for successful work together later on.

At the discussion of the second part of the conference the experiences, successes or failures of the pre-election campaign period were discussed. How different or better the campaign was, how much the money affected it, and how the opposition was able to get the young people to vote.

The participants of the conference were Marianna Bíró journalist at telex.hu, Gábor Bruck communication consultant at Sawyer Miller Group and András Keszthelyi political consultant.The conversation was moderated by Dávid Király of the Republikon Institute.

Marianna Bíró said people were interested in the pre-election, especially in the week before the second round. There was a lack of transparency regarding campaign spending, so Fidesz was able to turn this against them by communicating that the opposition had received support from abroad. Facebook has become one of the new communication hubs for the political elite, but adds that ‘like’ is not equal to the vote. The opposition cannot thematize the media space, so journalists do. Bernadett Szél and Ákos Hadházy are the positive examples, who are constantly raising issues, so it is not enough to talk about Pegasus twice. It is expedient if the parties only deal with themselves and think that the mention of Gyurcsány does not work with Péter Márki-Zay, so Fidesz is trying to discredit him.

Gábor Bruck believes that political life was characterized by an undead state for a long time, but with the resurgence of the opposition, a political innovation began. It is not the money that matters, but the victory depends on the right campaign strategy. Jobbik miscalculated and did not get enough votes from the small settlements and this was visible in the case of András Fekete-Győr, but in the end their party performed well. There are media politicians who have never built a real party, trying to build through the media, but this is no substitute for real politics and with small parties this is often the problem, and parties are held together by the comfort that small parties will get into. It is not possible to win, if the individual and prime ministerial campaign are going separately because there will be no cohesion between them and opposition voters need to be talked to all the time. It is not known about the young people how long they will be, whether they will be attached to Péter Márki-Zay at all, although it would be important to realize this because there is not much time.

According to András Keszthelyi, the last time there were real campaigns, were in the 90s that shook up political life. Money counts in a classic campaign, but it wasn’t because MMM spread quickly, the reason for which is not yet known. At the beginning of August, Péter Márki-Zay's popularity stood at 5%, and then it started to grow. He said, voters of Péter Jakab and Momentum could also have been disappointed. Jobbik did badly because he didn’t have enough mobilization potential. The opposition needs to go among the people, personal mobilization is needed and they need to resolve any conflicts that arise. It was relatively difficult to vote in the countryside, it was easier in the cities. In the case of small parties, e.g. Párbeszéd has a high return, and LMP and Momentum have achieved significant results. Fidesz is confused because they thought the pre-selection was being played out in advance, but no one was prepared for that. Gyurcsány has been pushed for 15 years, but this only has an effect on the core. 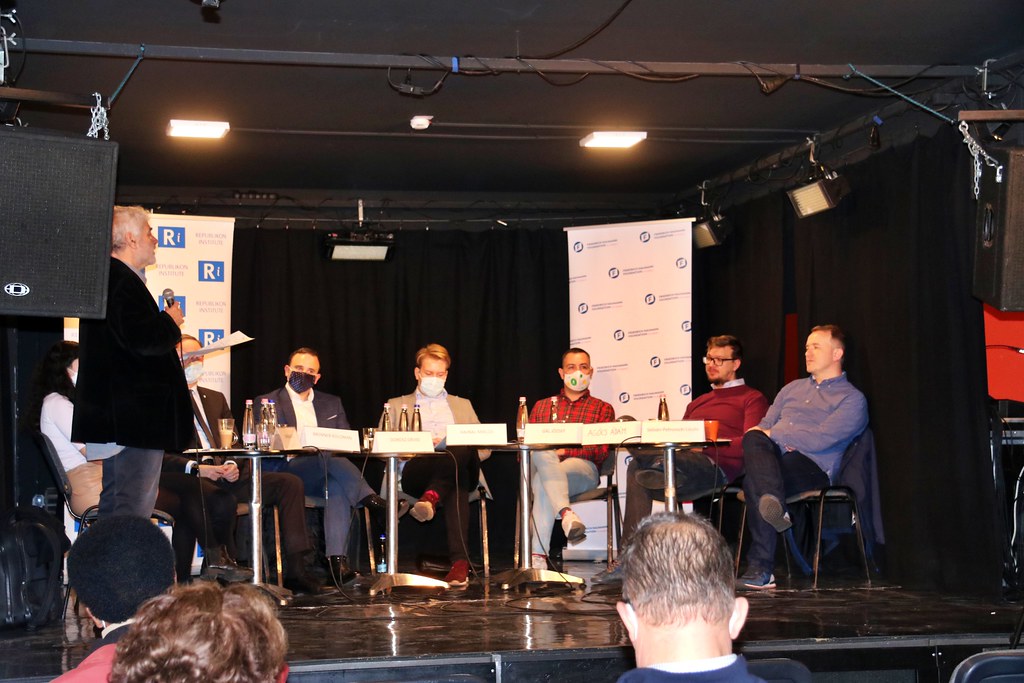 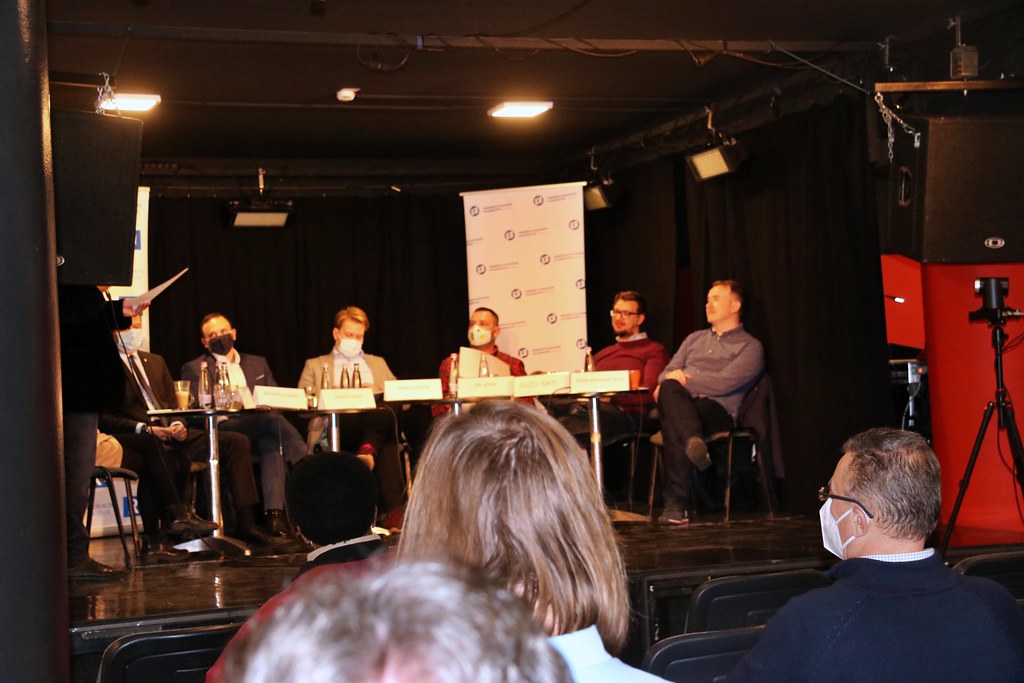 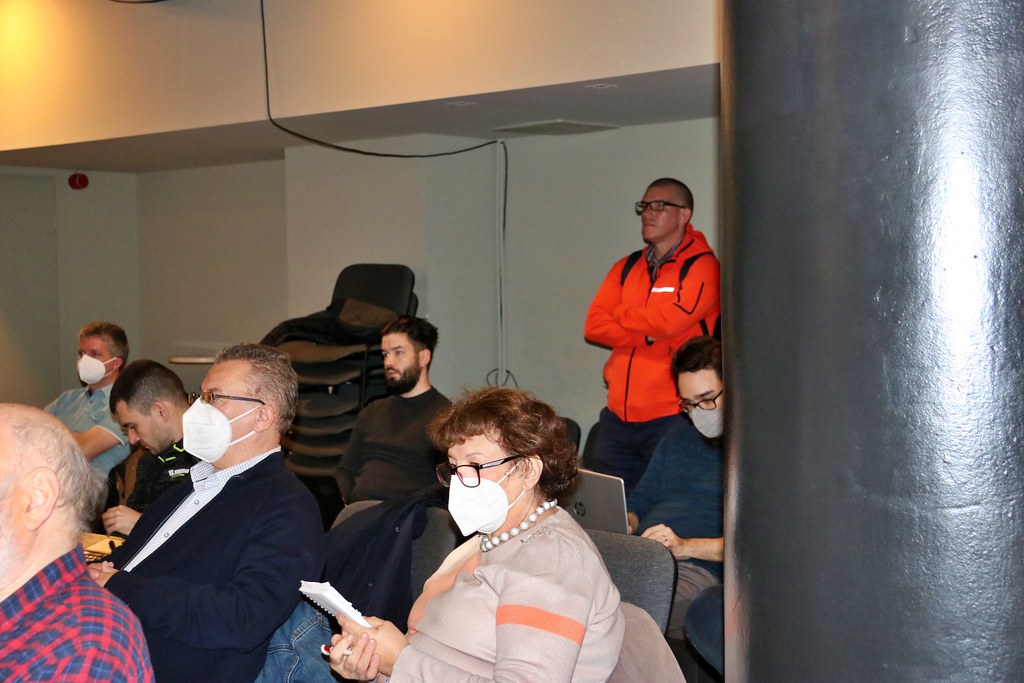 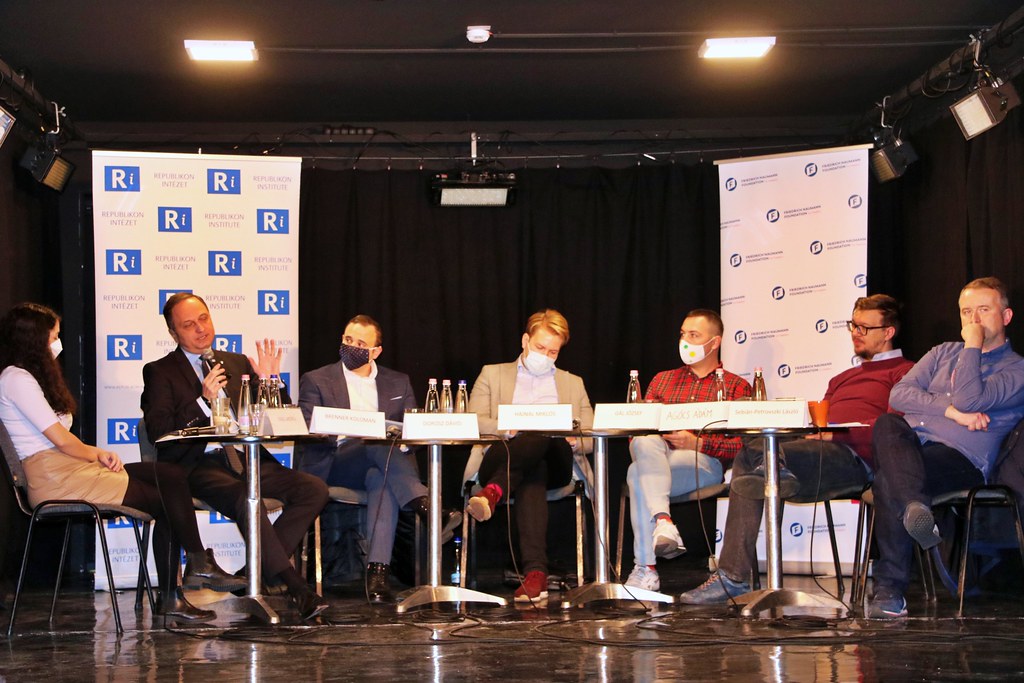 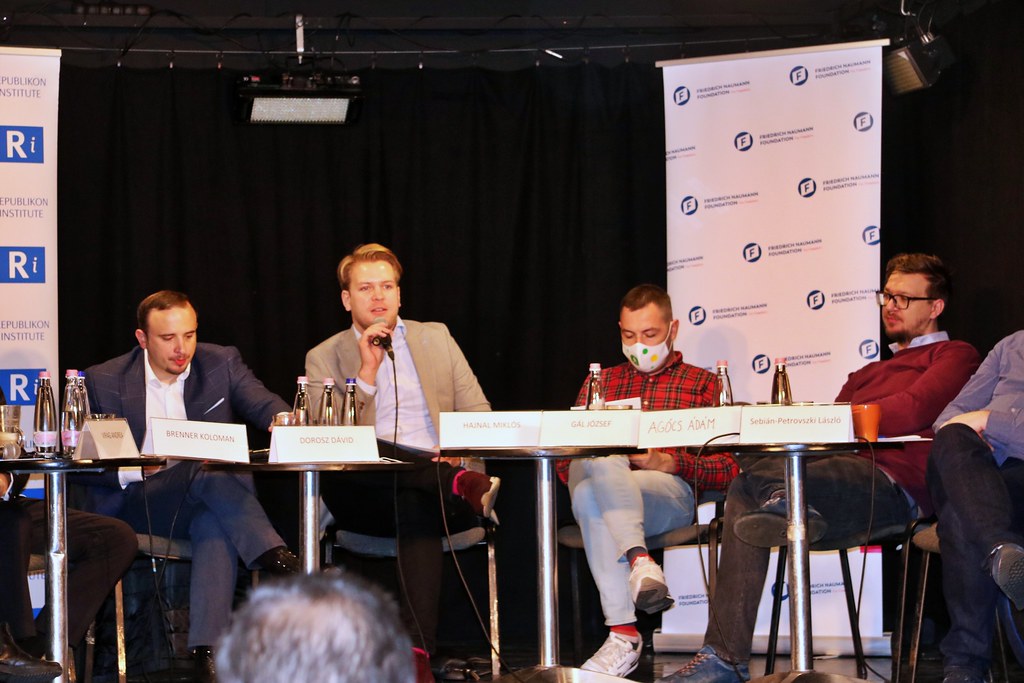 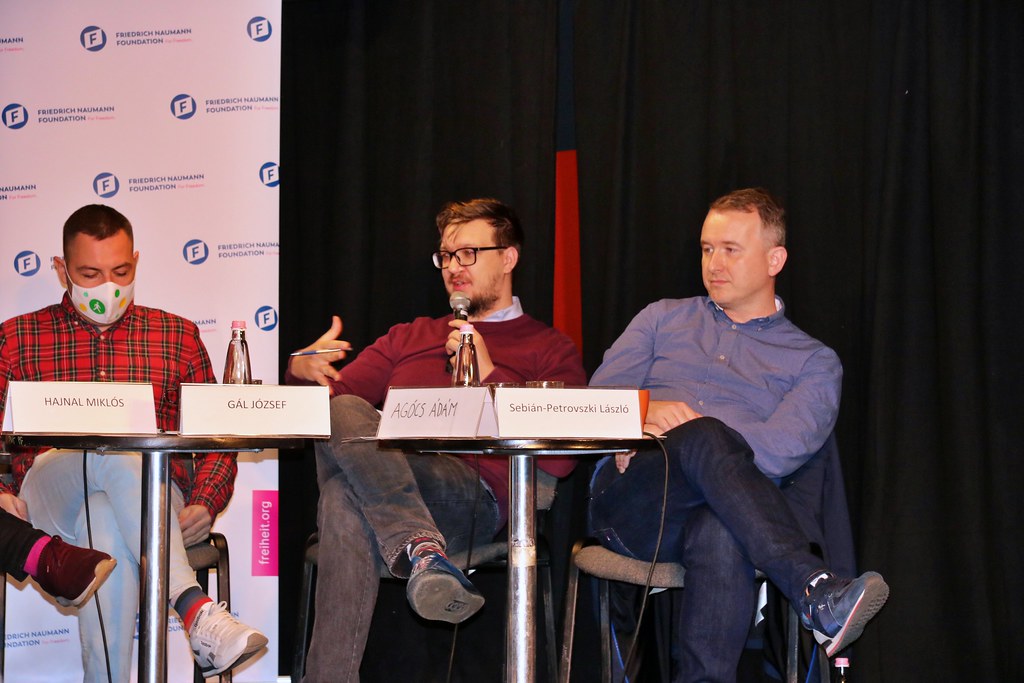 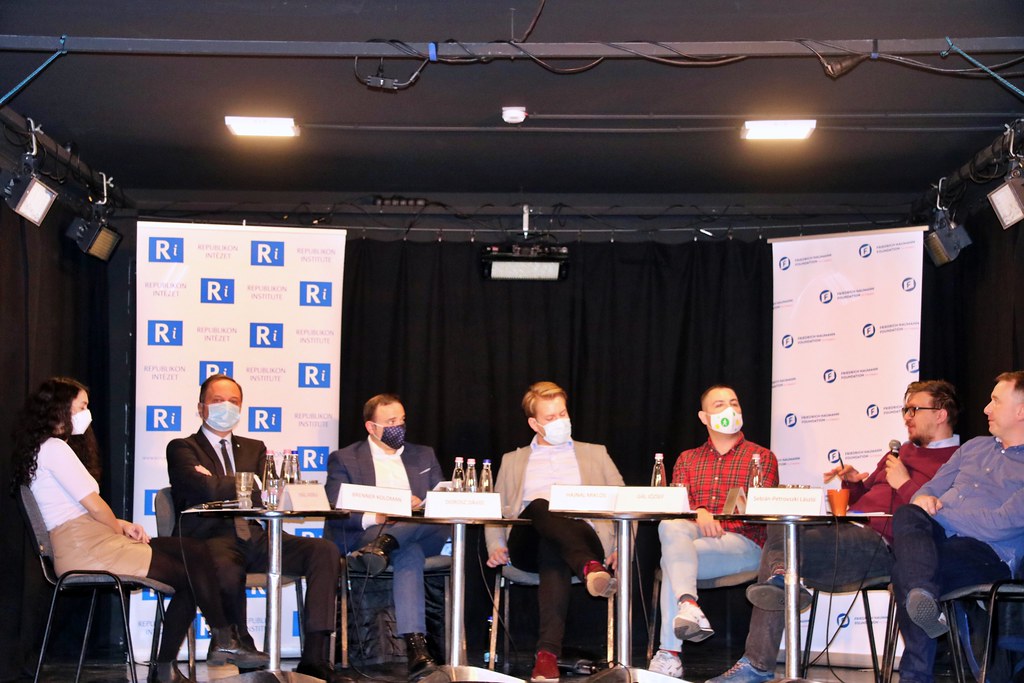 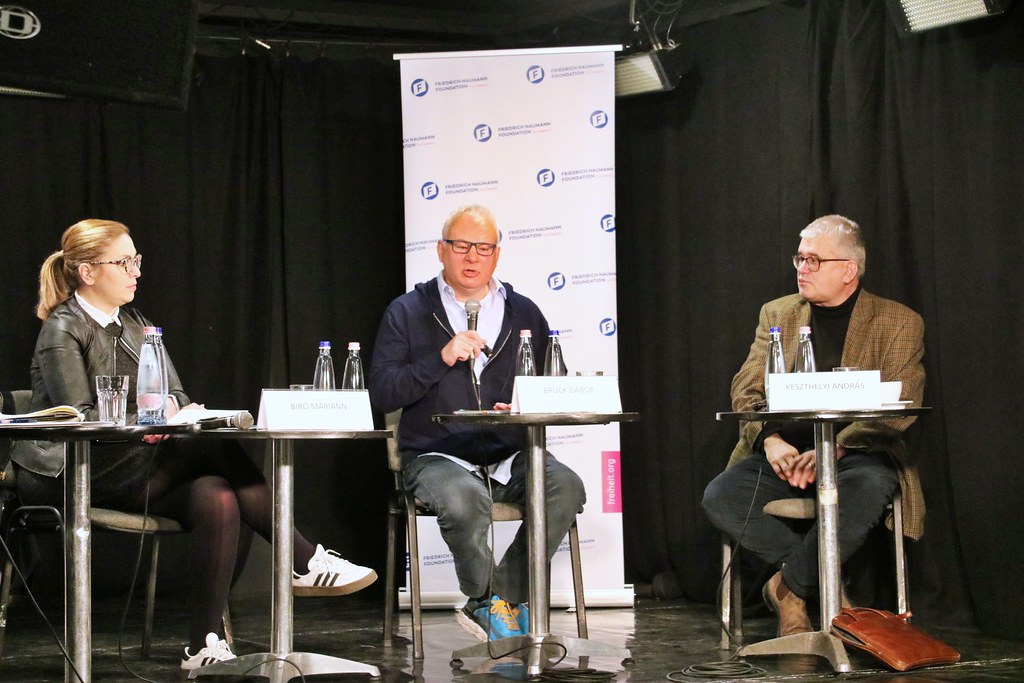 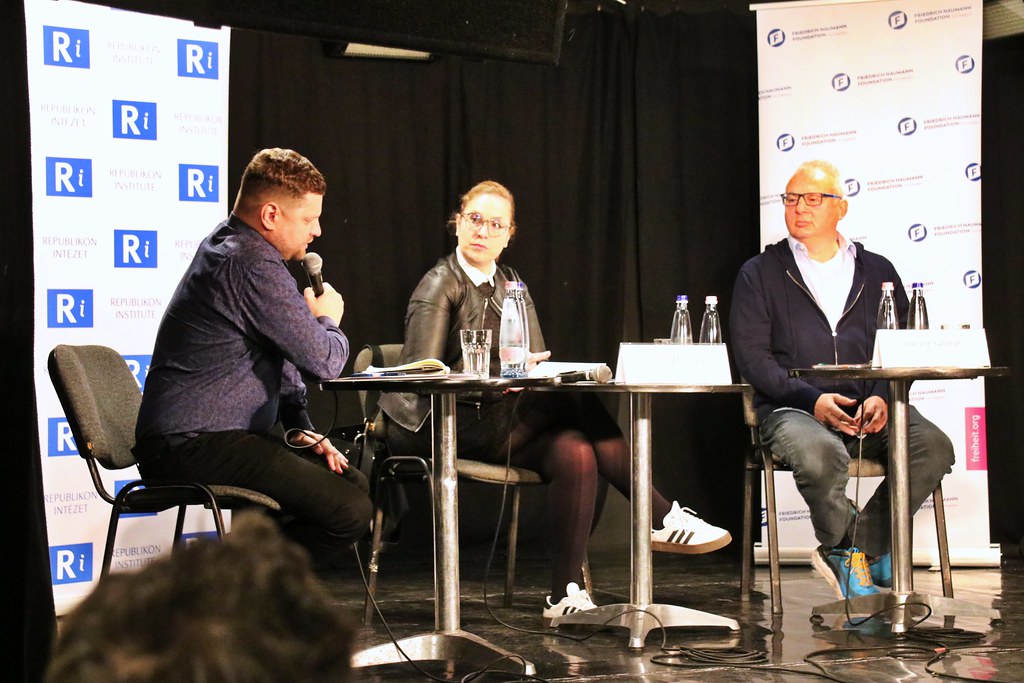 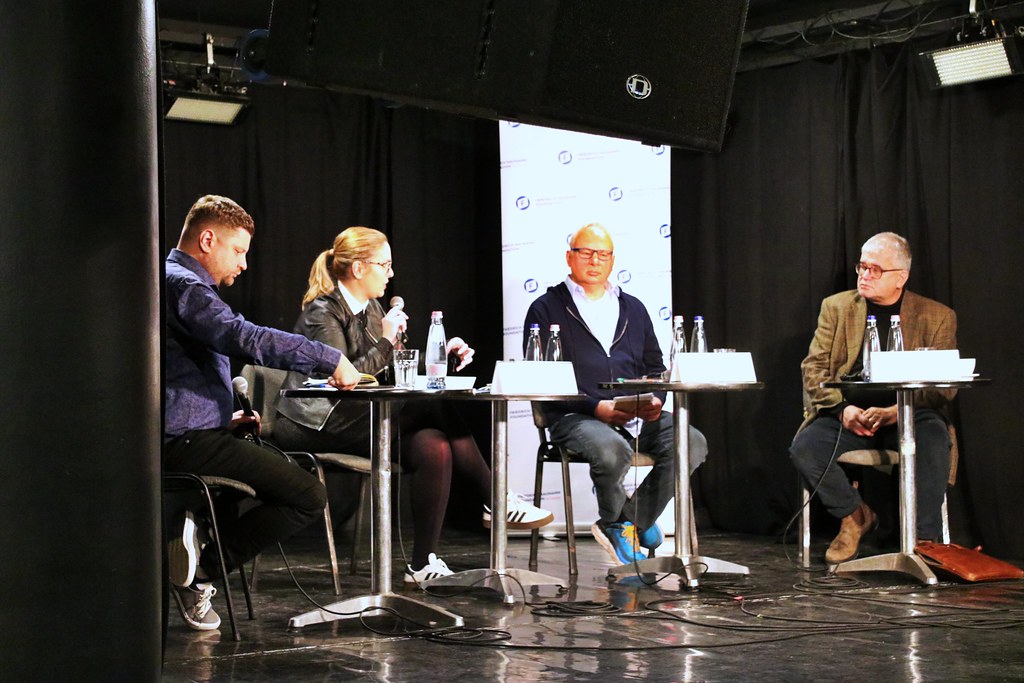 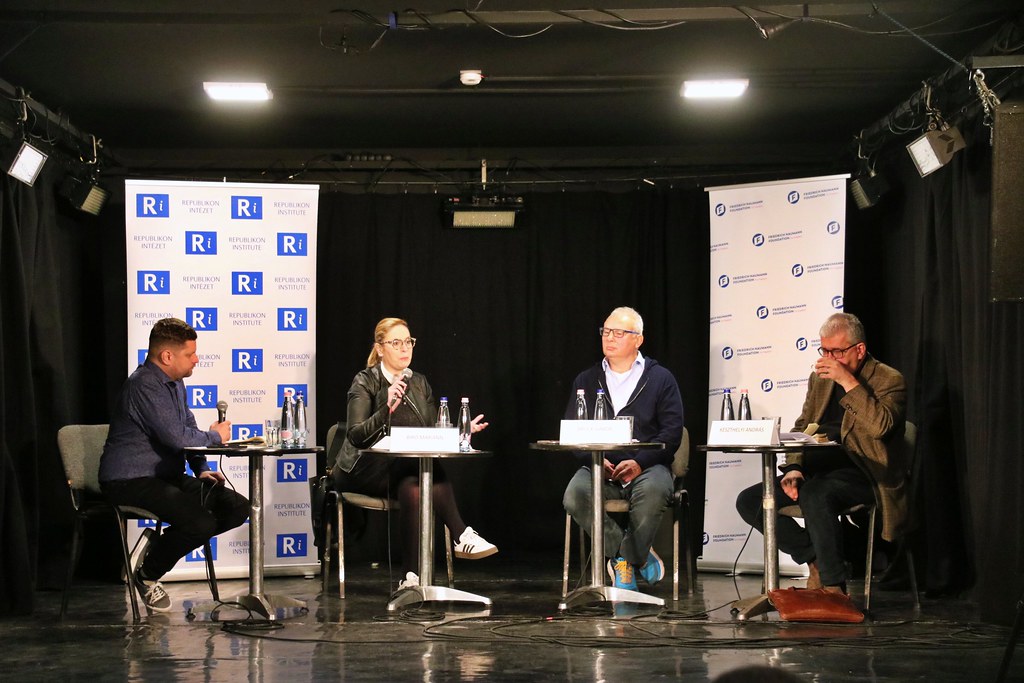 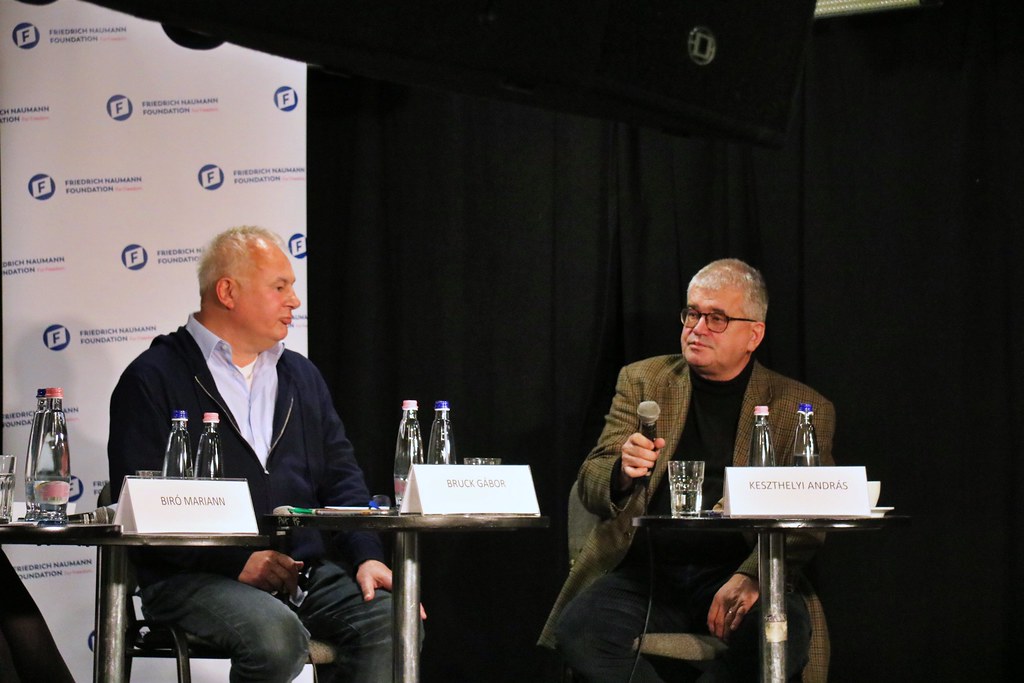 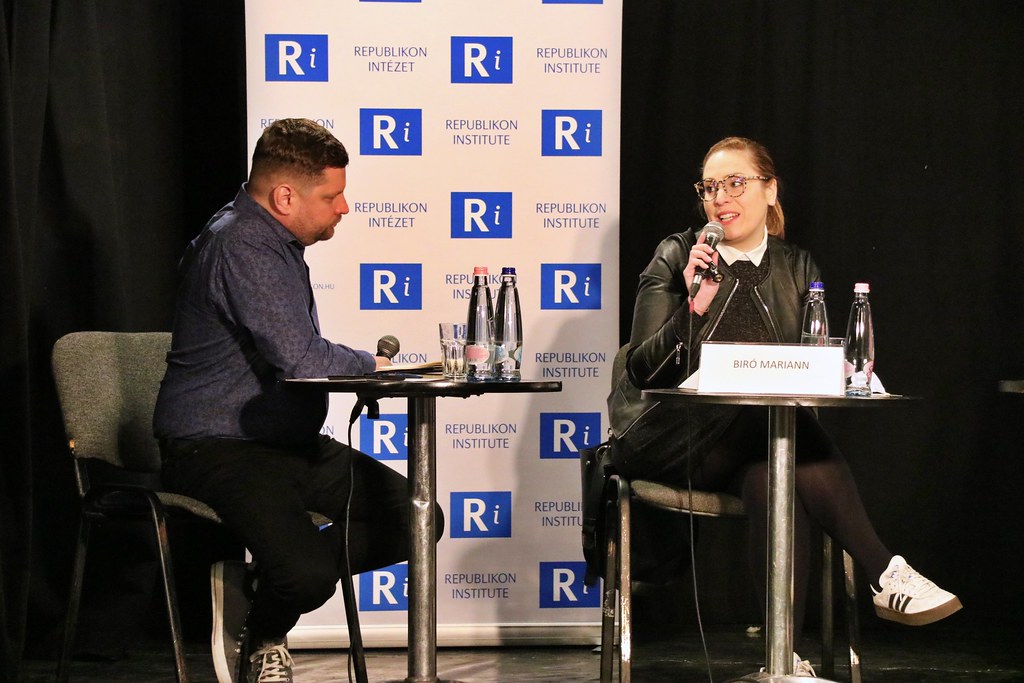 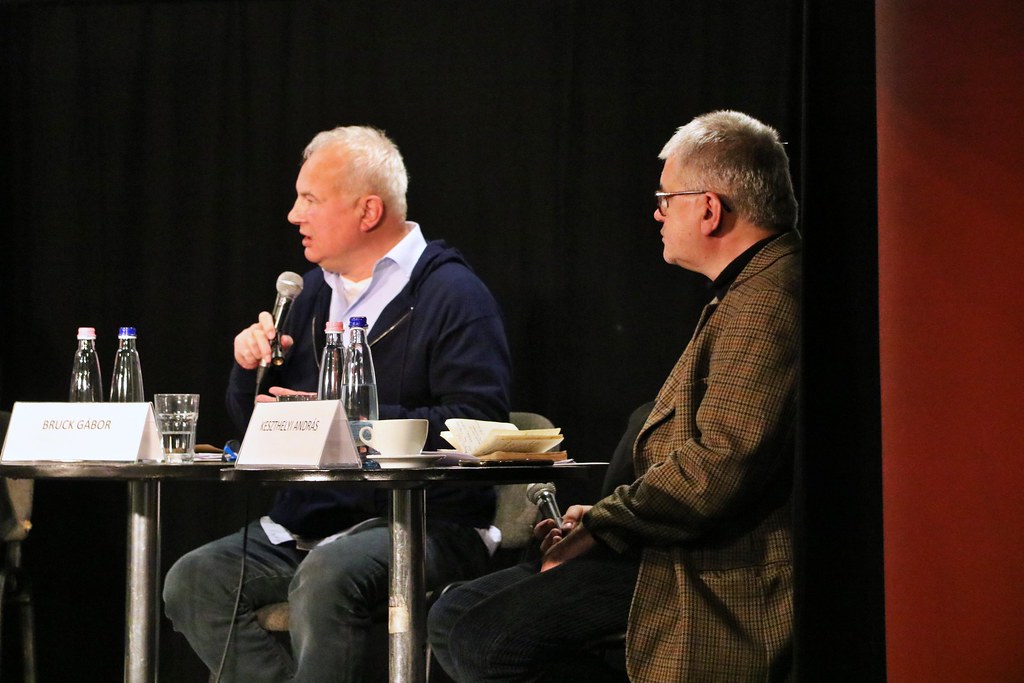 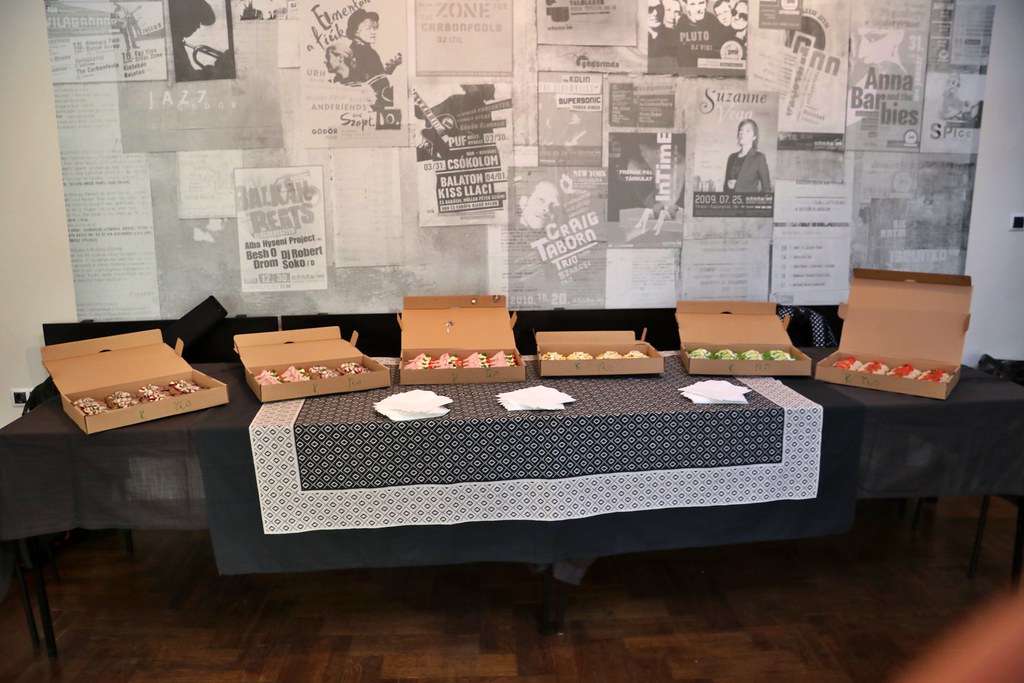 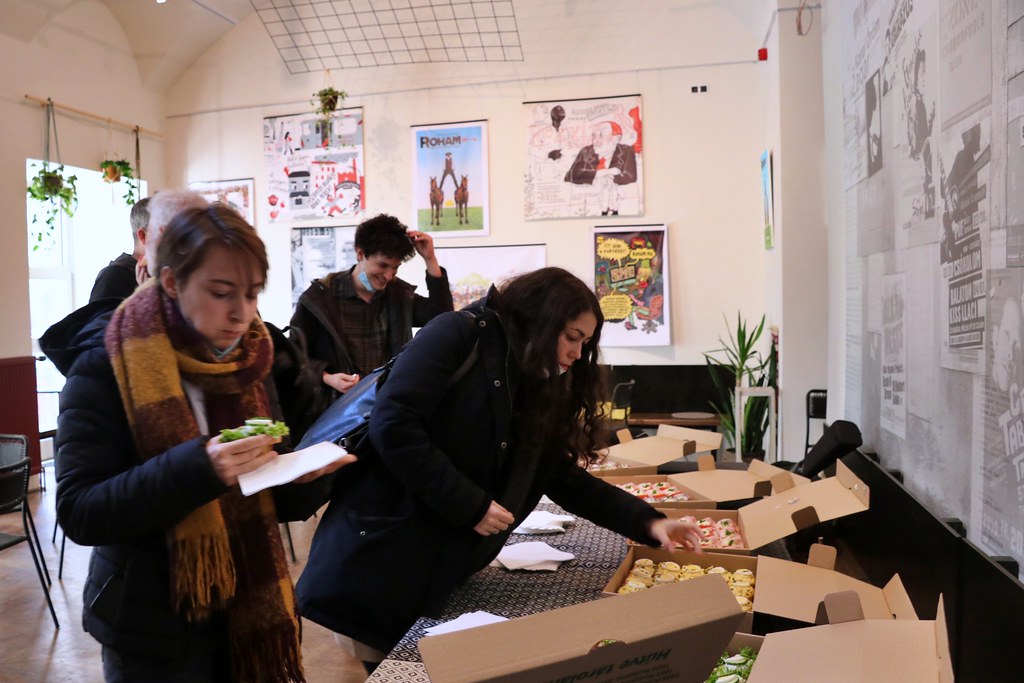 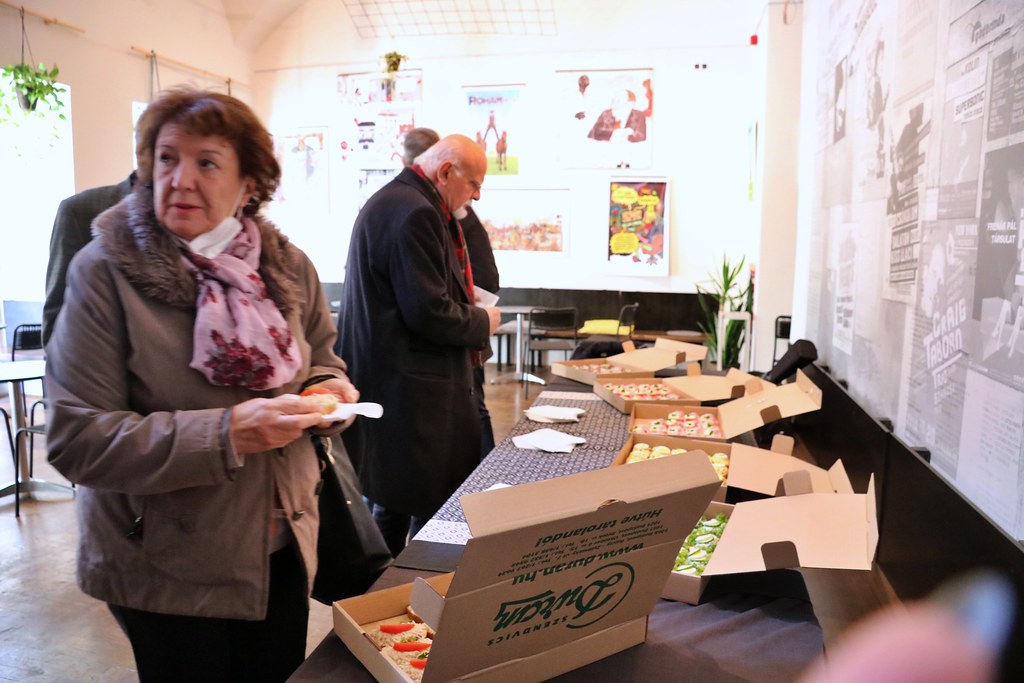