Hungarian Economy, before the election - Report

After a short introduction, the traditional autumn economic conference organized by the Republikon Institute focused on the analysis of the facts and trends of the Hungarian economy, followed by an expert discussion on economic policy challenges and answers. The conversation was moderated by Györgyi Szöllősi.

In his introduction, Attila Chikán explained that it is not possible to blame the virus for the current situation, as Hungary was not characterized by catching up before, and it did not upset the country. According to him, we are where we were before the pandemic, in terms of sustainability issues and the difficulties of digitization. He adds that the uncertainty of the outlook has increased and the emphasis is on what we can get out of the situation.

Ákos Péter Bod sees that the uncertainty in Hungary is huge, because Hungarian economic policy has become more irrational and consists of a series of improvisations. There are sudden decisions, no strategy: “focus group governance”. More money is spent, which increases aggregate demand, but supply is not known. Regarding the nature of inflation, he highlighted that there was a period in Europe when it was not at all, but this was not true for the peripheral parts. He says too much money has gone into the economy and there is a demand and supply problem at the same time. He basically agrees with the increase in the minimum wage, but not with the way and the extent of it. He sees the current spending going into 2022 as well. It is important not to spend much, so governments are responsible.

According to Júlia Király, there is no demand crisis, but a supply shock, but learning from the previous crisis, the government is playing a much more active role in crisis management. Inflation has emerged, creating a radically different situation because demand bubbles have persisted and this is increasing inflation. The EU considers the crisis management to be exemplary, but considers it a big problem that Hungary did not use the funds of the Next Generation program, but instead took out more expensive loans, which it considers to be a bad political decision. She says there is a hasty and bad governance that is undermining the rule of law at the moment. The sums earmarked for economic recovery were used to keep NER companies alive.

Éva Palócz believes that world conditions have changed. She does not see the government's crisis management as exemplary because the money has not gone to the right place. The government is trying to pour a lot of money into the economy, but this is precipitating through inflation. She didn't think there should have been such a shortage. The government did not protect the jobs but let them go bankrupt, the state said in advance who it would support, so it took on a passive support role. She believes that inflation is rising everywhere, but it is more contagious in Hungary, which is a temporary phenomenon, but trust plays a key role in the central bank's response to the market. There is also uncertainty about the exchange rate and he believes that in 2022 producers will re-price their products. She doesn’t see the need to force growth, but he adds that not much should be spent and overall there is no cause for concern.

According to Tamás Mellár, the government wants to win elections with distributions of money, which is trying to create a situation where if the elections are lost, the opposition will find itself confronted with inflation and debts. A reallocation within the budget is needed, major investments need to be stopped and the tender system needs to be redefined. The six parties have drawn up a general program that includes a multi-rate tax system, a VAT cut, and this is followed by a prime ministerial candidate who brings out other priorities with his right-wing ideas. According to him, Fidesz does not support the poor, it hardly strengthens the middle class, but it strengthens the upper-middle class. The introduction of the euro will be difficult because our competitiveness is low and this will worsen the foreign trade balance. He sees overspending as a sin of the fiscal stimulus that has tried to put the NER in a position, as political power is based on the economic power of the NER business layer. He sees a problem with the economy because value-added content has declined on the part of businesses.

Zoltán Pogátsa started by saying that the emphasis is on what the next government wants, but this cannot be known lack of a program. According to him, a radical budget reform would be needed, where the point is not what the deficit is, but what they want to spend on. Opponents want redistribution, justice, a multi-key tax system, and those who would pursue an economic policy close to Fidesz. With regard to the introduction of the euro, he believes that the political part needs to be overcome, because this is a serious economic issue. He does not consider inflation a problem because it is temporary. He says there is no need to spend excessively on fiscal and not everything can be solved with monetary means. A deficit is needed during a crisis and it would have been worse if the government had not spent anything at all. There is no actual accounting in Hungarian small and medium-sized enterprises, although this would result in productivity. He said the government should not be told how much the minimum wage should be, but should give unions a bigger role in this. 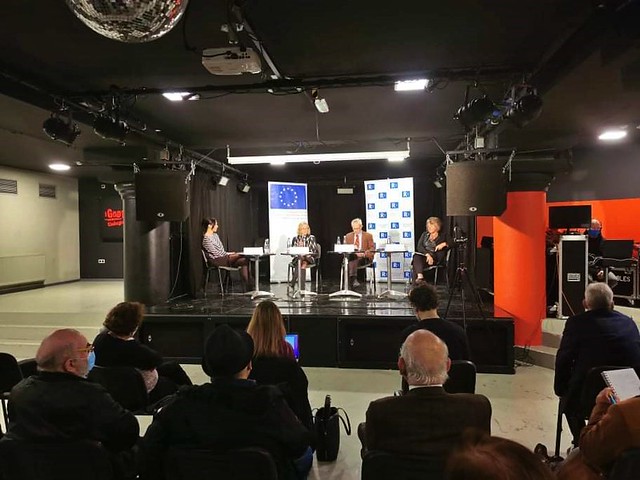 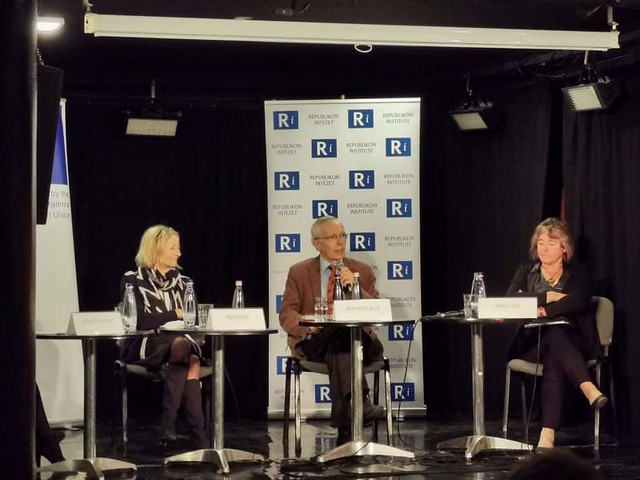 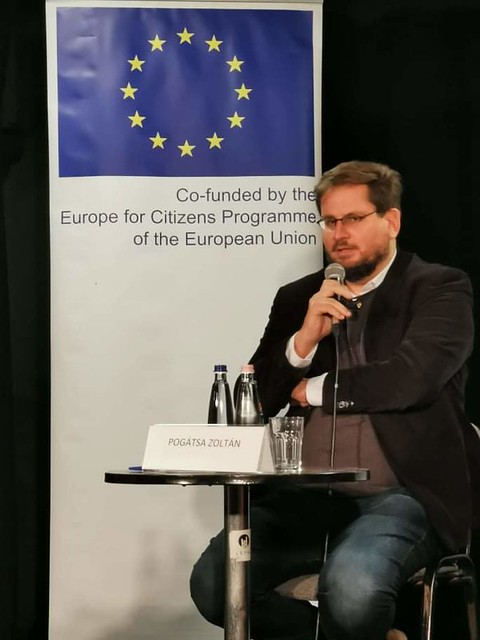 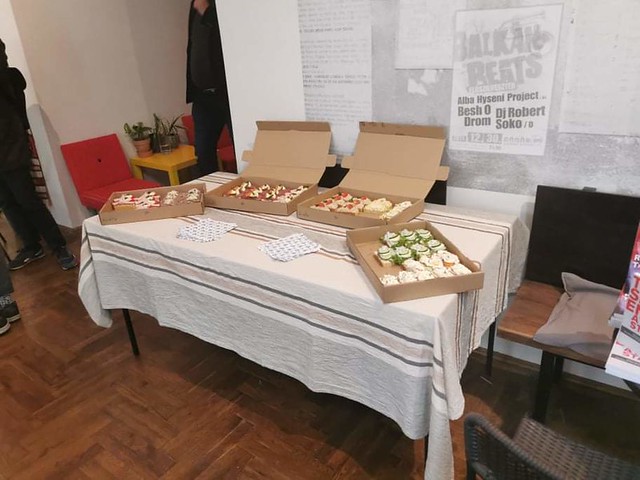 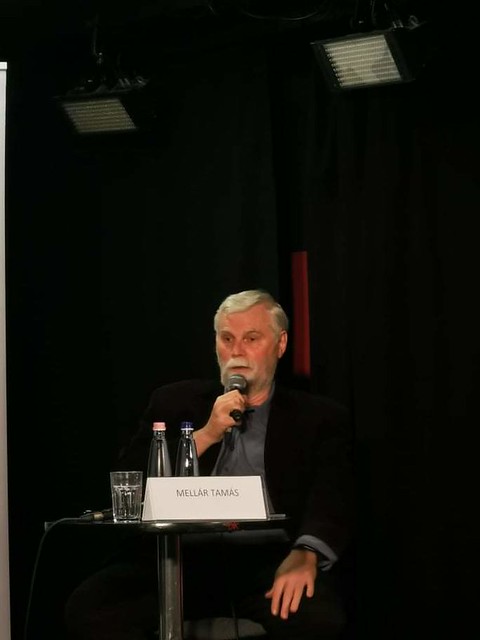 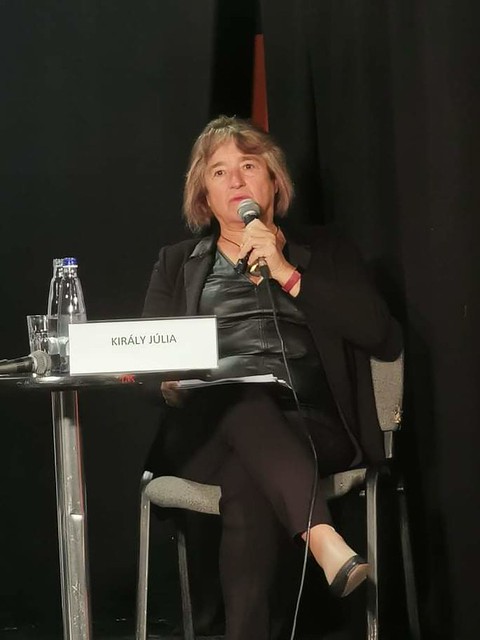 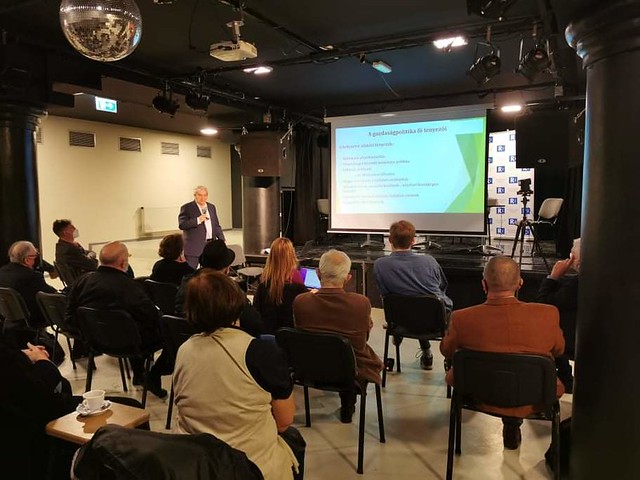 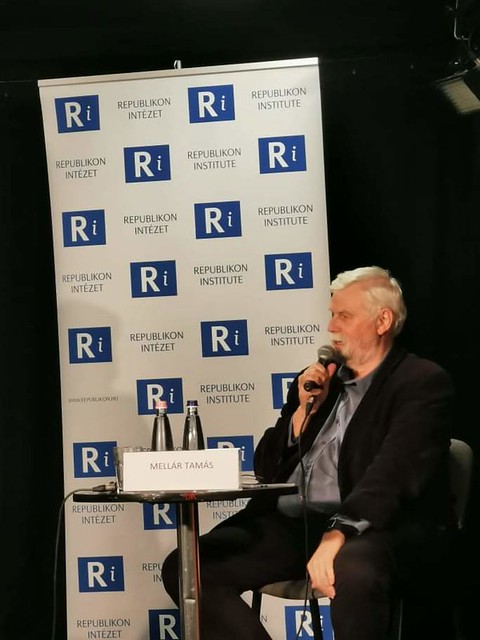 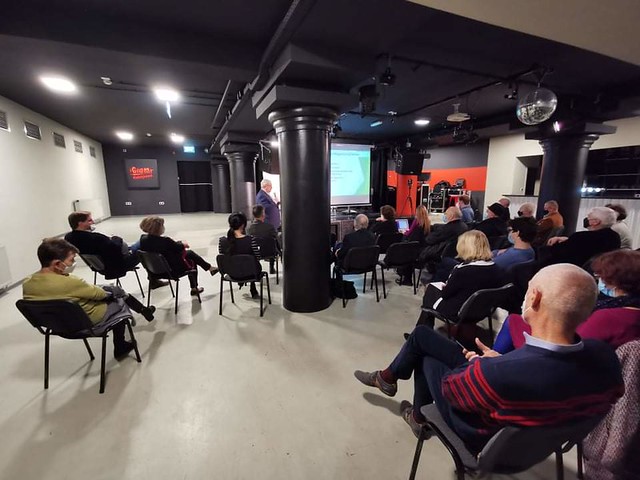 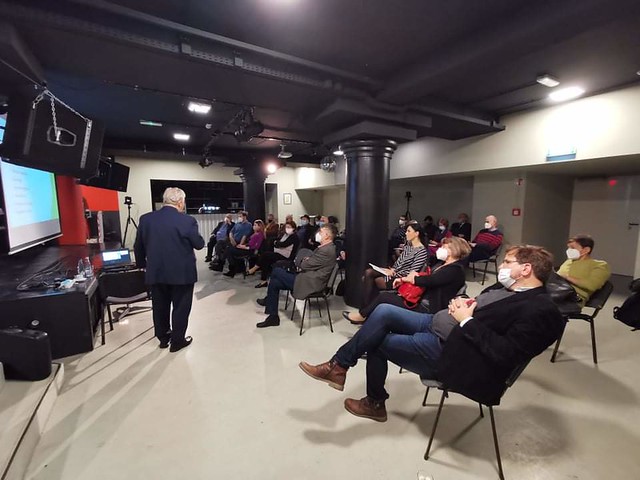 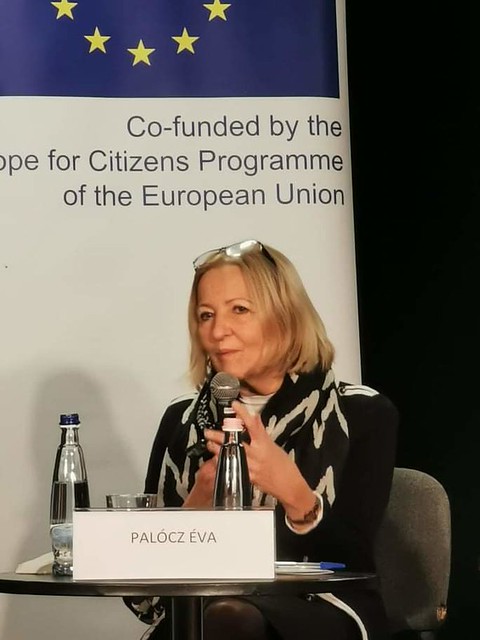 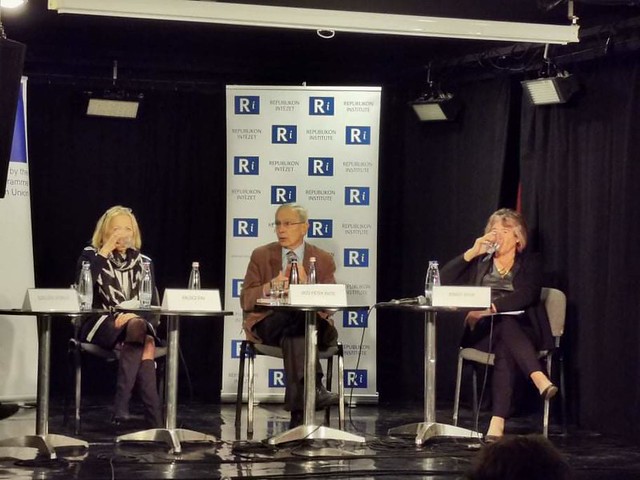 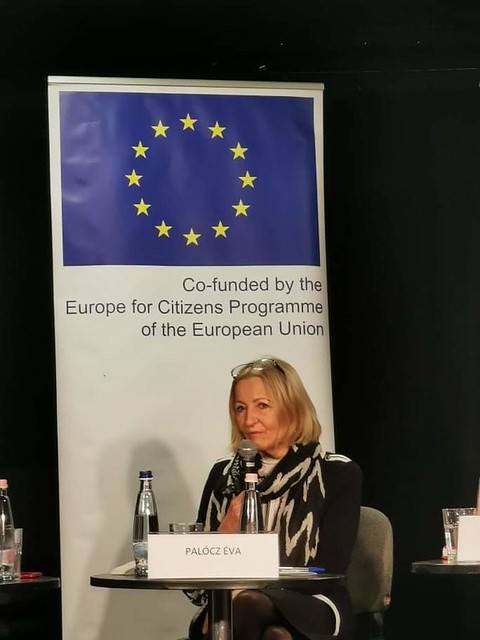 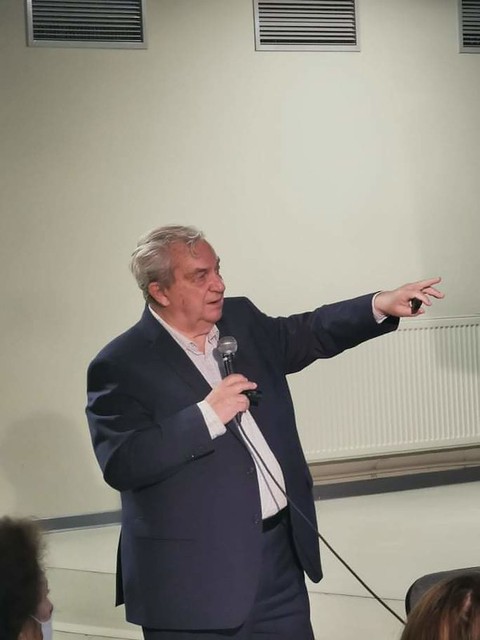 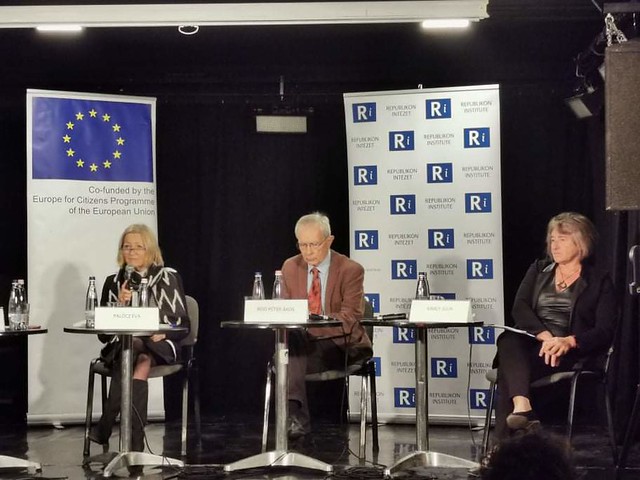 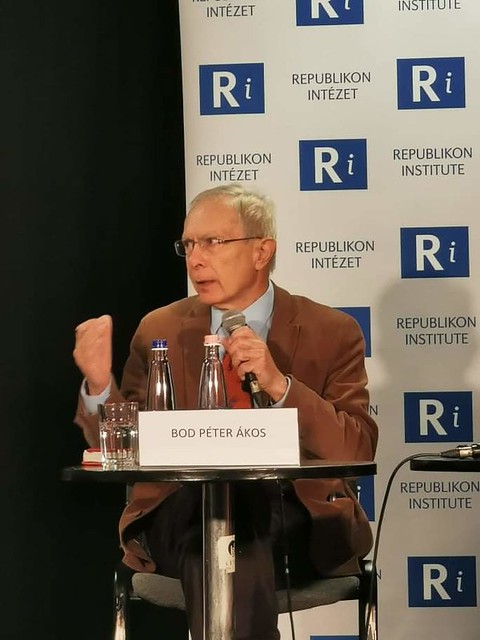 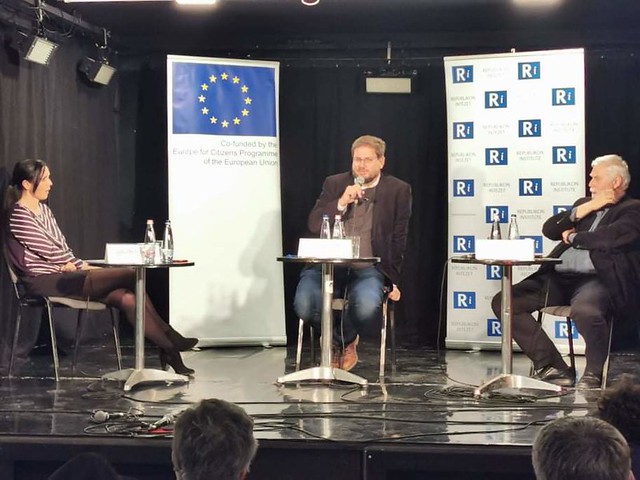 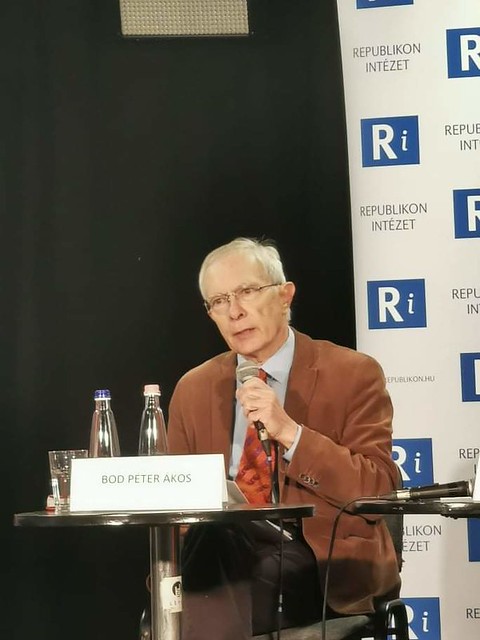 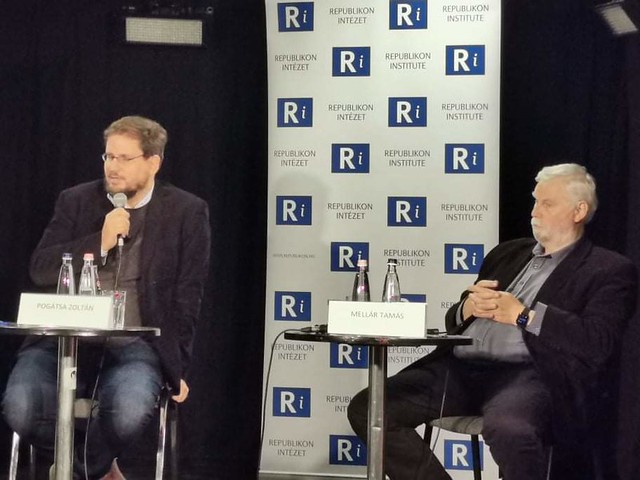 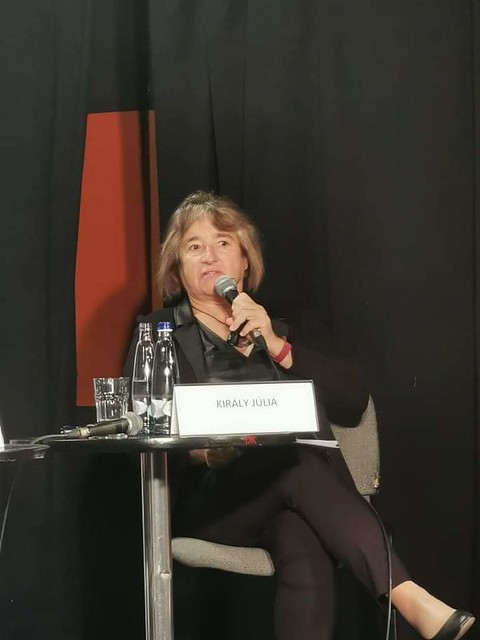