The future of politics - report

Athenaeum Press released recently Jamie Susskind’s book “Future Politics: Living Together in a World Transformed by Tech” in Hungarian translation. To mark this event Republikon Institute in cooperation with the publisher organized a panel discussion. The moderator of the discussion was Marianna Bíró, a journalist at telex.hu.

The event was opened by Péter Hann Executive Manager of Republikon Institute and Viktória Dian, Director of Athenaeum Press. In their opening remarks, both of them expressed their delight of still having opportunities, even if just a few of publishing books in the field of social sciences. Hann also emphasized that it is of great importance that this book focuses on the distant future since nowadays in Hungary we mostly focus on the near future as the general election in April is approaching.

Árpád Rab has described the book as well structured. It starts off by describing the present, how does the world, in which we live looks now, where do we stand in technological development, and which technologies do we use already. In his view, technology has already swept into our daily lives and it has caused or will cause fundamental changes for instance in decision-making, what is more, it may change the very definition of democracy or governance. Last but not least it can affect substantially how communities live together. In accordance with these possibilities, the book offers a number of scenarios about the future, which is the distant future from a societal point of view rather than from a technological point of view.

Life without the technologies we already possess is unimaginable, nonetheless, at the moment the level of our technological development exceeds our consciousness. We do not know yet, how should we utilise the available machinery. Bíró asked the invitees about the connection between technology and ethics. The futurologist said that programmers cannot see what may be the effect of a development on society. Therefore, they should work in close cooperation with experts from other fields of science, who can bring ethics into the progress.

In connection with regulations, he said that laws are of secondary importance. The most important would be to set social goals then use regulations in order to achieve these goals. The last topic of the conversation was the digitalisation of health care. As Rab sees it, when we talk about health care, we shall not only think about hospitals anymore. Technological advancement has made it possible that patients got an active role in reviewing their health conditions. With the help of certain devices, anyone can monitor themselves 24/7, thus one can say that physical life and digital life are slowly becoming inseparable.

According to Gábor Filippov, the book uses plain language and an exciting style to talk about topics, that may seem complicated for non-professionals. One of the main thoughts in the book is that when it comes to technological advancement nothing is closed. Development can be used in many different ways and it depends solely on us what we do with it, in which direction do we orient our future.  He thinks that the book is not about the distant future, since many of the technologies described in it already exist and are being used. These innovations will affect democracy too, for instance by making the use of direct democracy easier than ever. However, many questions are asked about this in the book as well. Do we really want the majority to decide over every issue? If not, in which cases should we use direct democracy?

The concept of freedom may also get a new interpretation as the point may come when algorithms will be able to prevent every crime (even minor ones), thus the very notion of crime will become meaningless. Nevertheless, we should ask ourselves how will mankind behave without crime. What changes will the absences of crime cause?

Talking about health care Filippov said that there are two possible ways of development. One is that social inequality will disappear, the other is that society will be polarized more than ever over access to health care. A few will live for hundreds of years while some will die of a simple flu because they did not get proper medication

Zsolt Nagy said that one of the best characteristics of the book is that it gives an incentive for the reader to form an opinion, it doesn’t give well-prepared answers. As a political scientist, for him what the book says about the future of democracy is quite concerning, since it narrows the boundaries of democracy and by relying on technology it deprives democracy of one of its key features, that is the ability to adapt. Nagy also emphasized that society always adapts to developments and it depends only on us to define norms to these new circumstances. Connecting to the thoughts of Filippov about the absence of crime, Nagy added that free will may also suffer severe losses if crime as we know it today cease to exist. If one gets caught even before committing the crime that person will not have the chance to back down. This change in the functioning of our free will may cause fundamental changes in human existence.

In his opinion, one of the main challenges of development is social media that became one of the main platforms of public discourse. The big question of the next few years is how can the state react to this phenomenon. It can restrict or regulate it, let it run as it does now, or prohibit or ban it from the country. There are examples for all free solutions, the question, which will become dominant.

For the closing remarks, Marianna Bíró asked the participants about the effects of technological developments in their own lives. All three said that they see the challenges and dangers of technology and in certain fields of their lives they try to fight it. However, they all agreed that even though there are negative instances, technology has a positive effect overall. 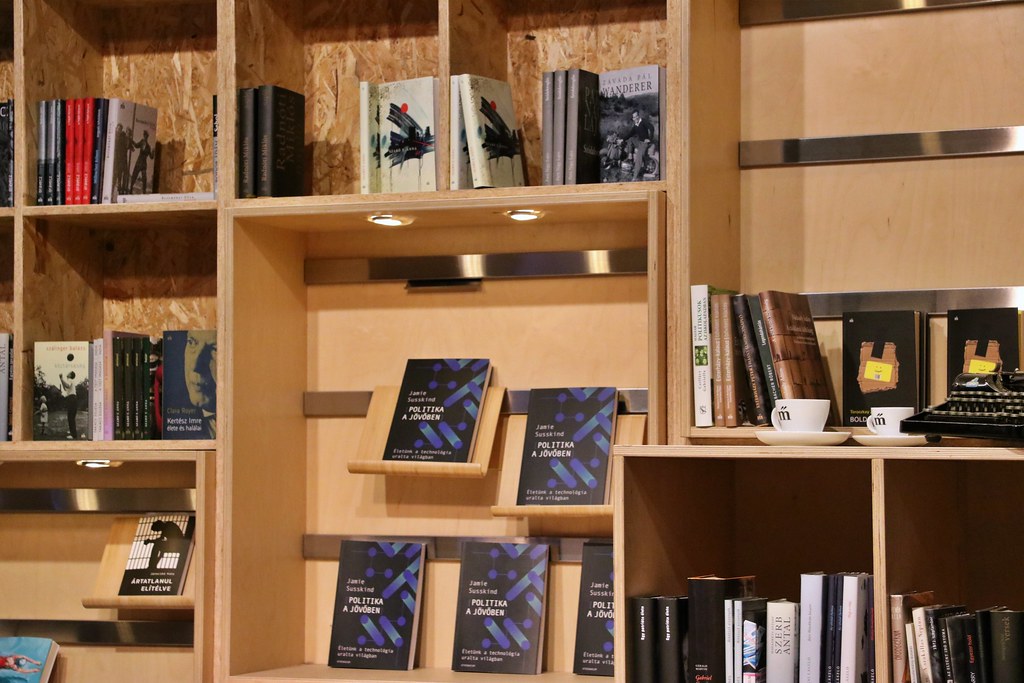 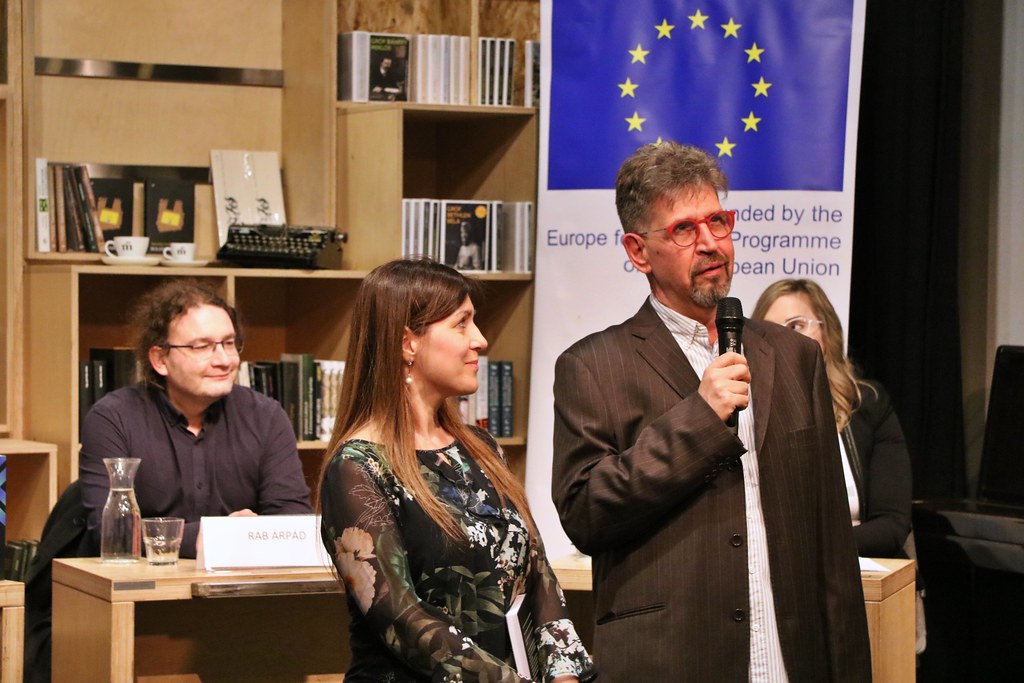 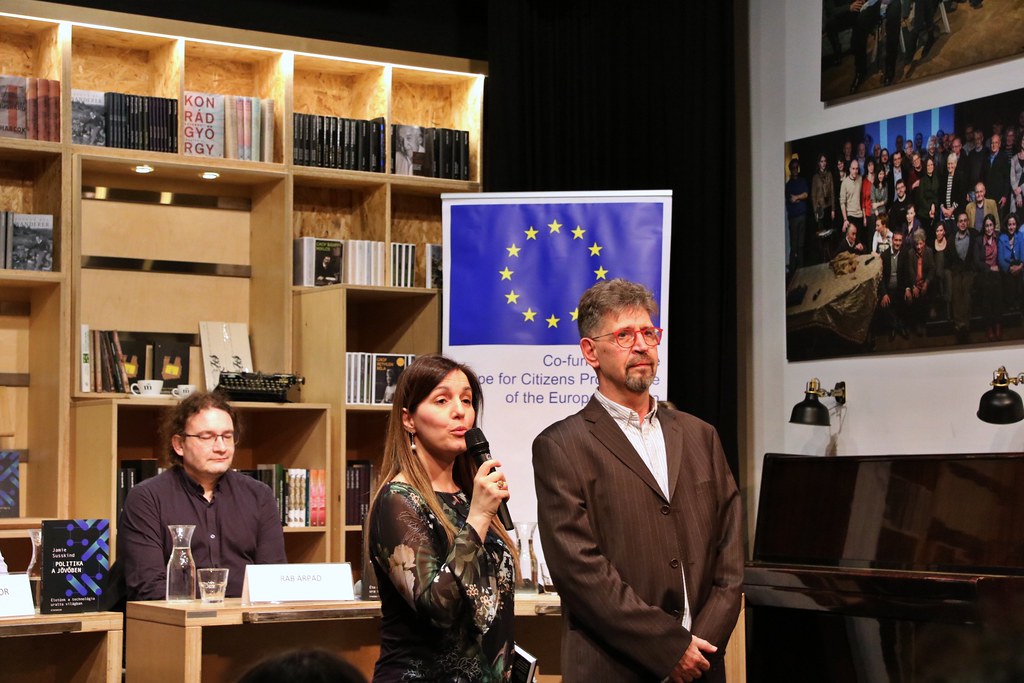 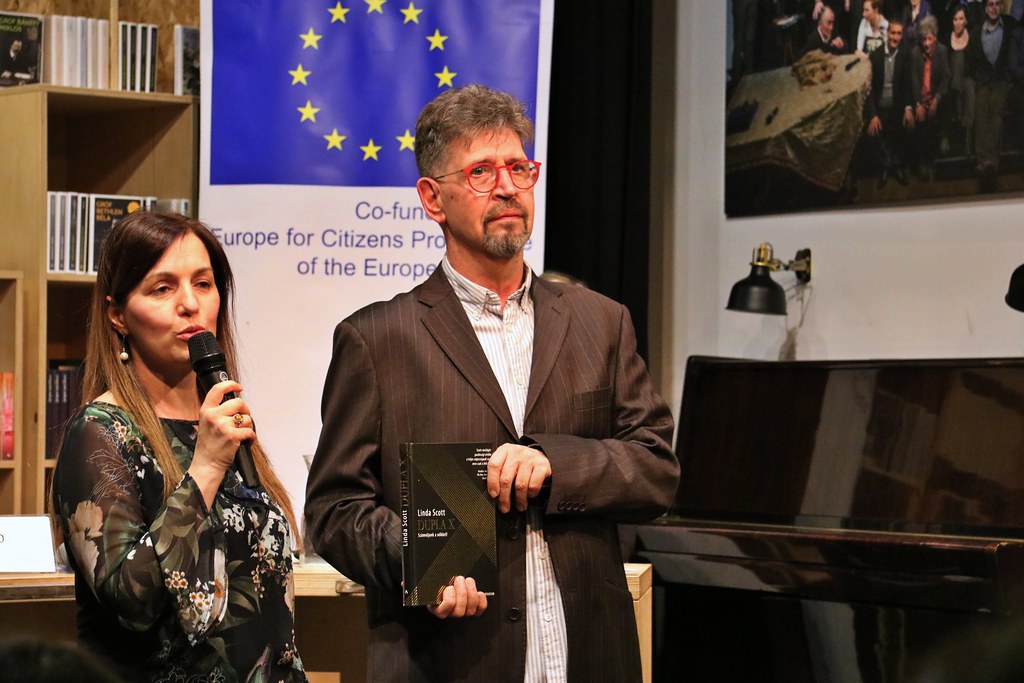 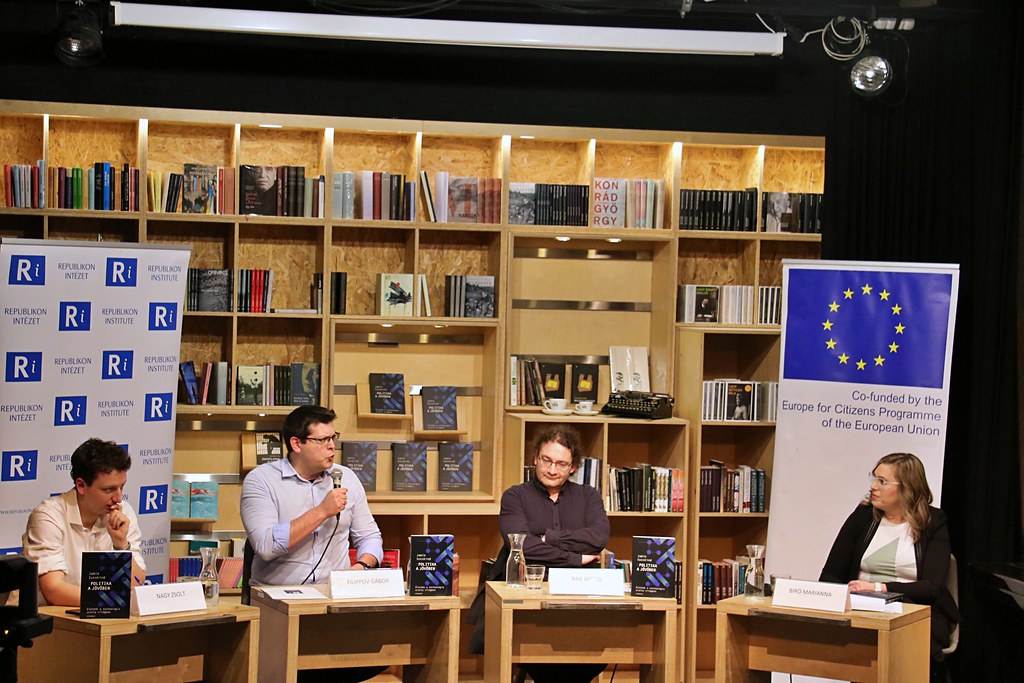 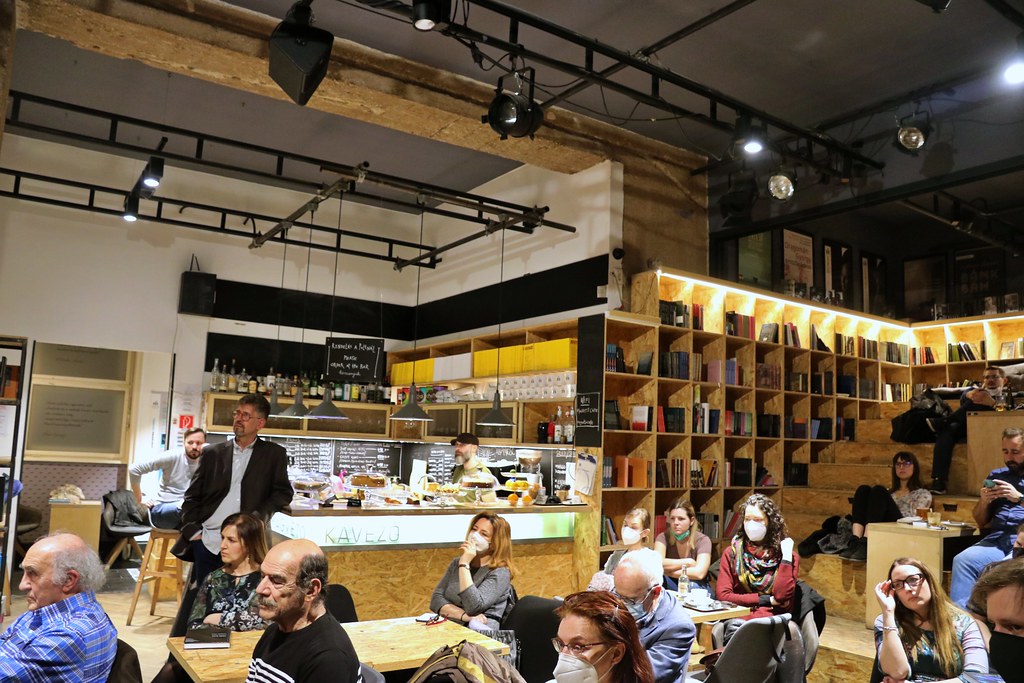 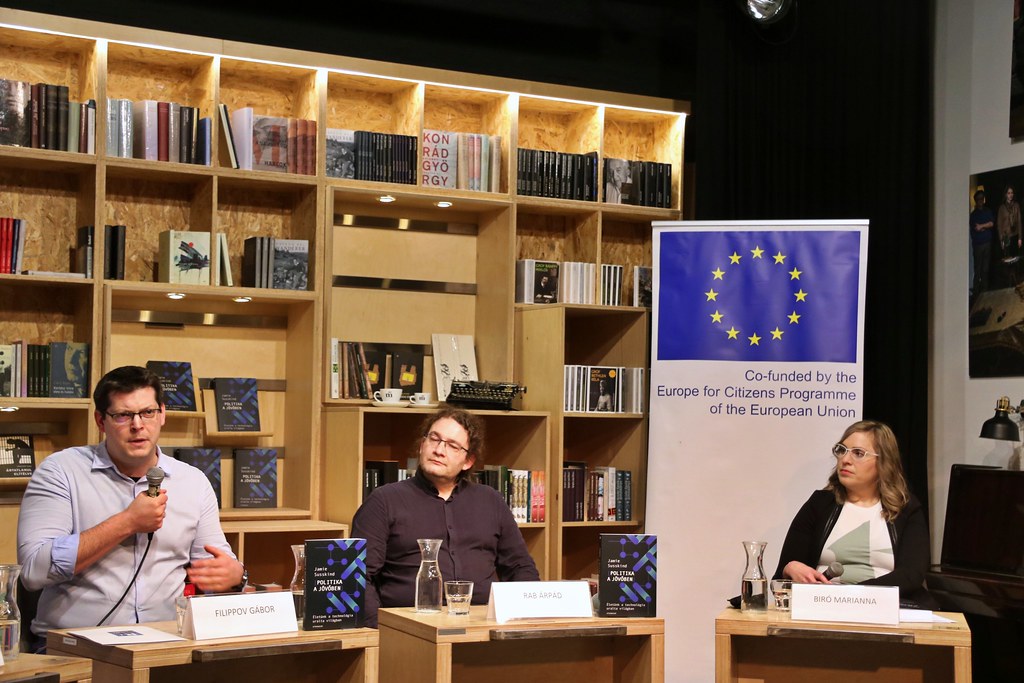 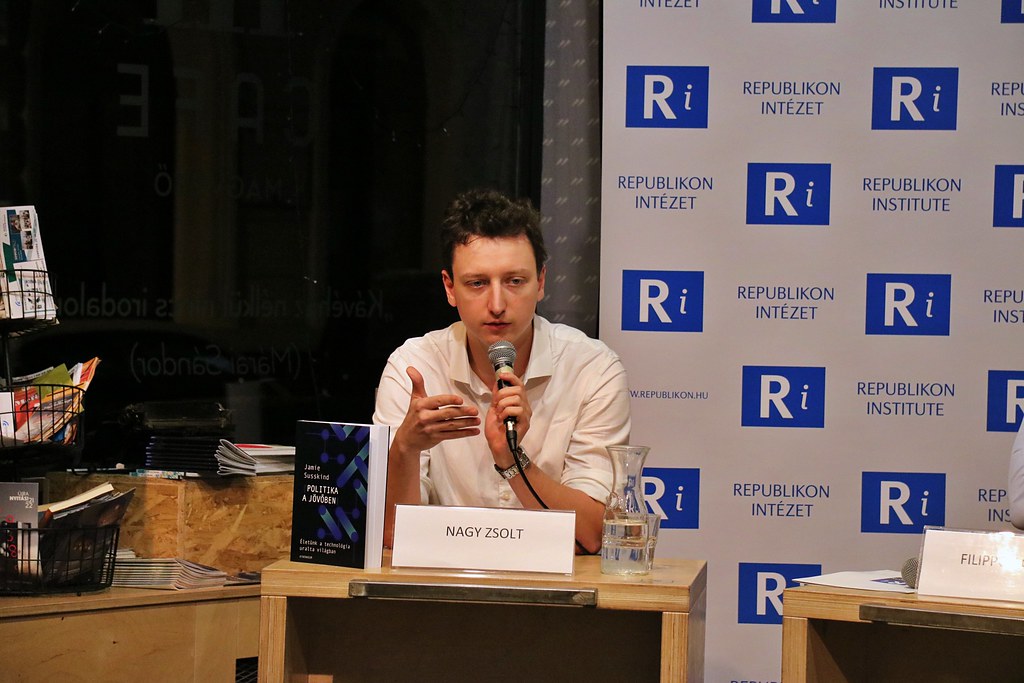 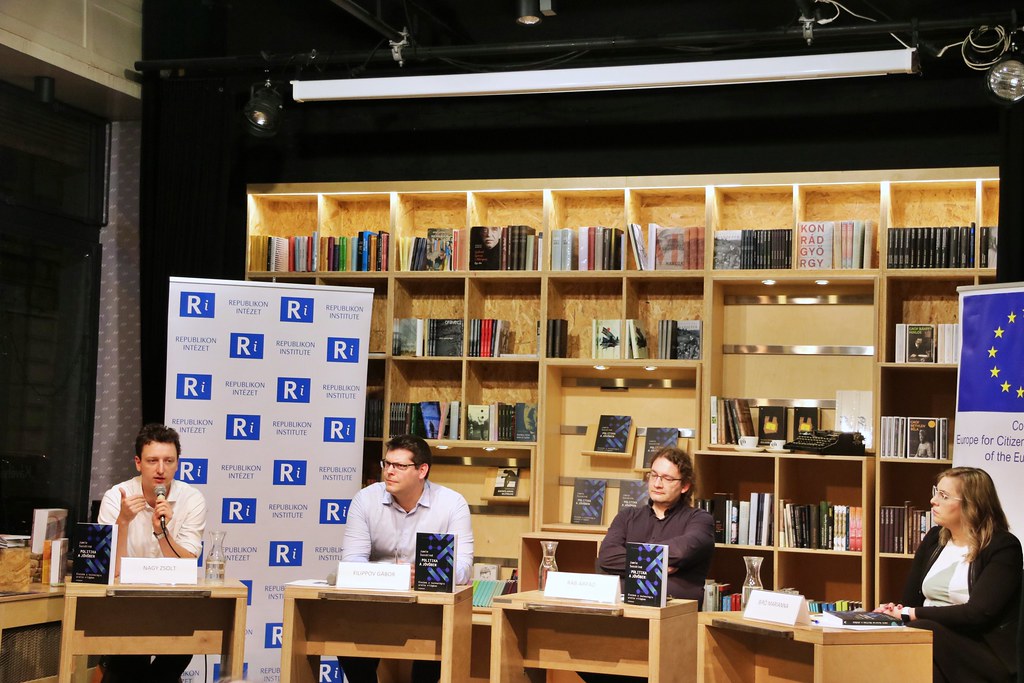 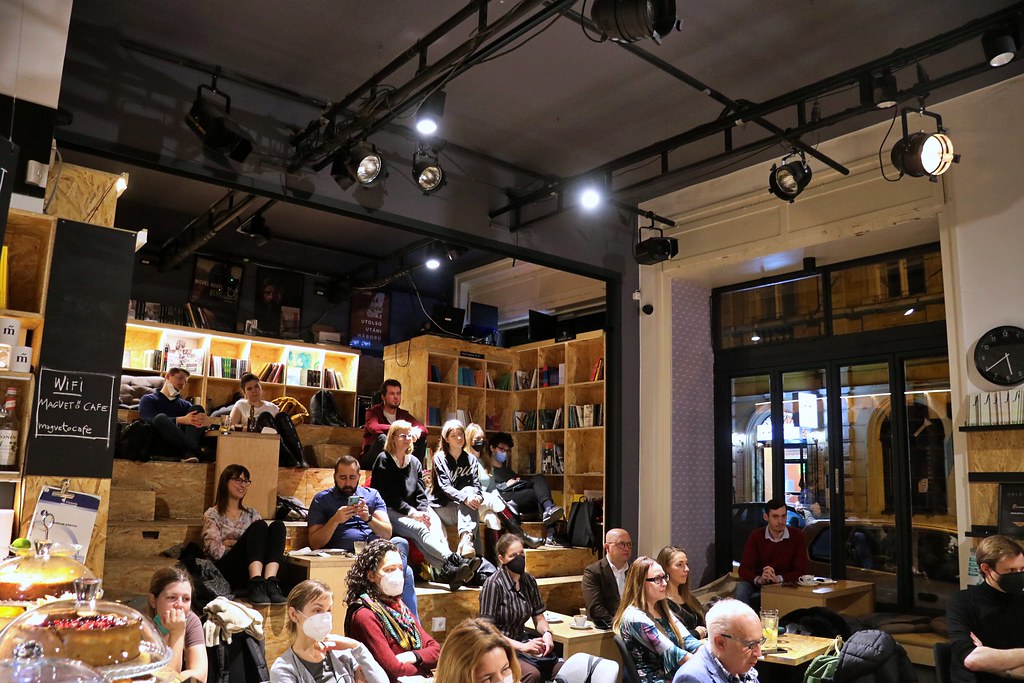 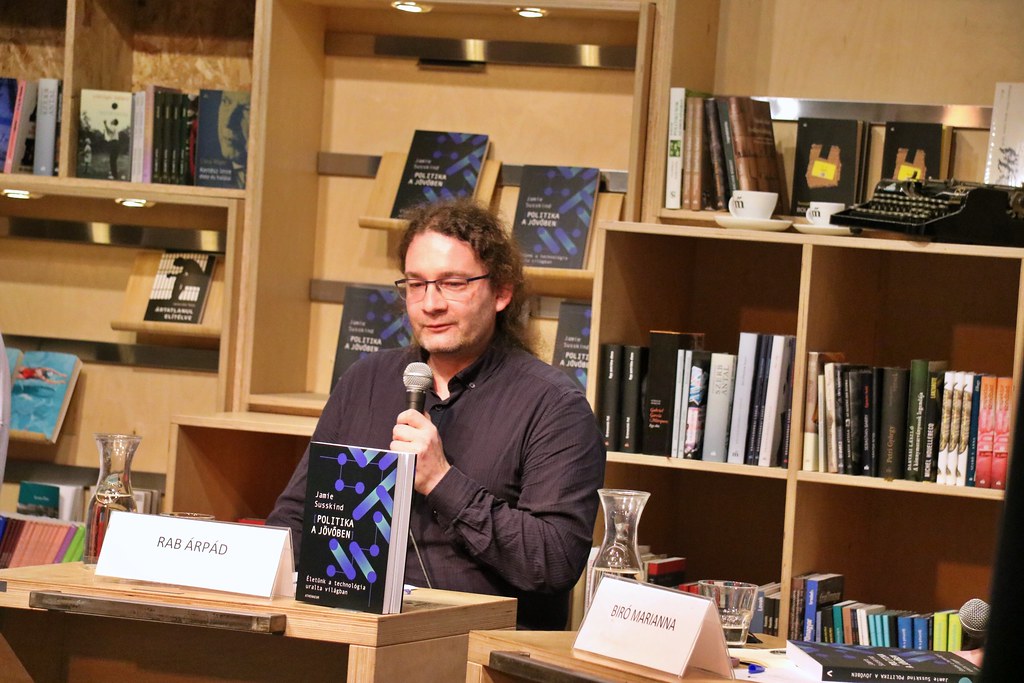 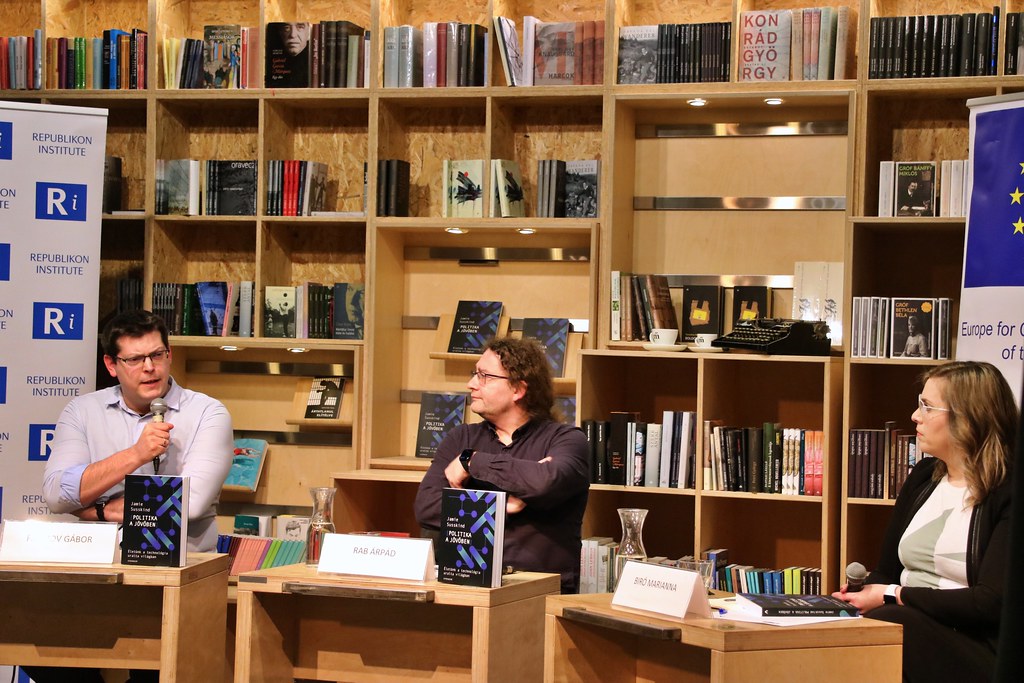 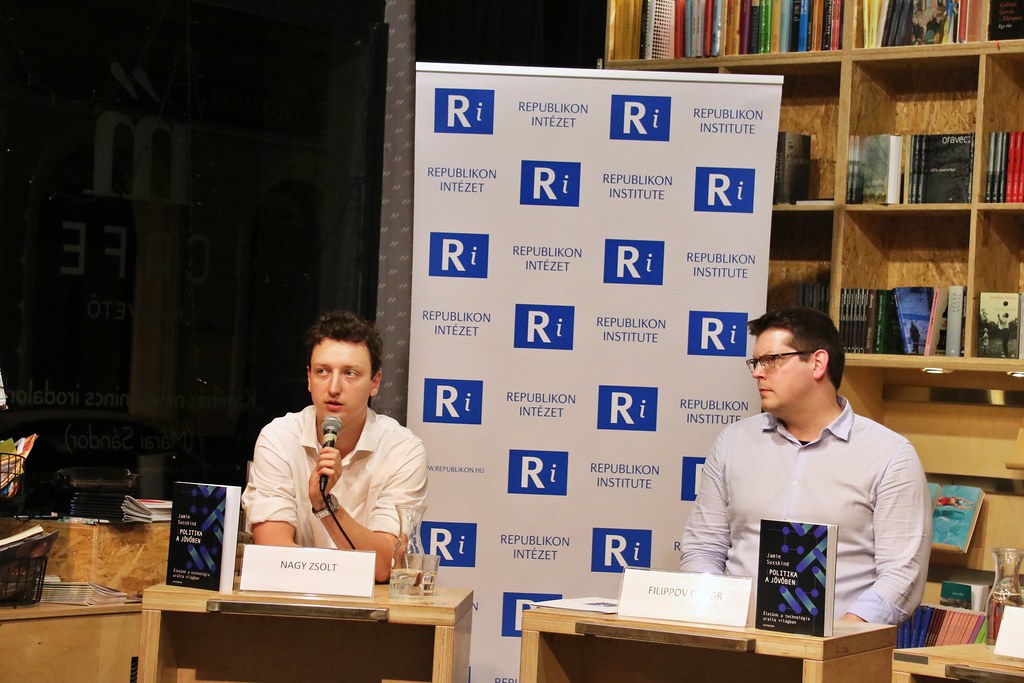 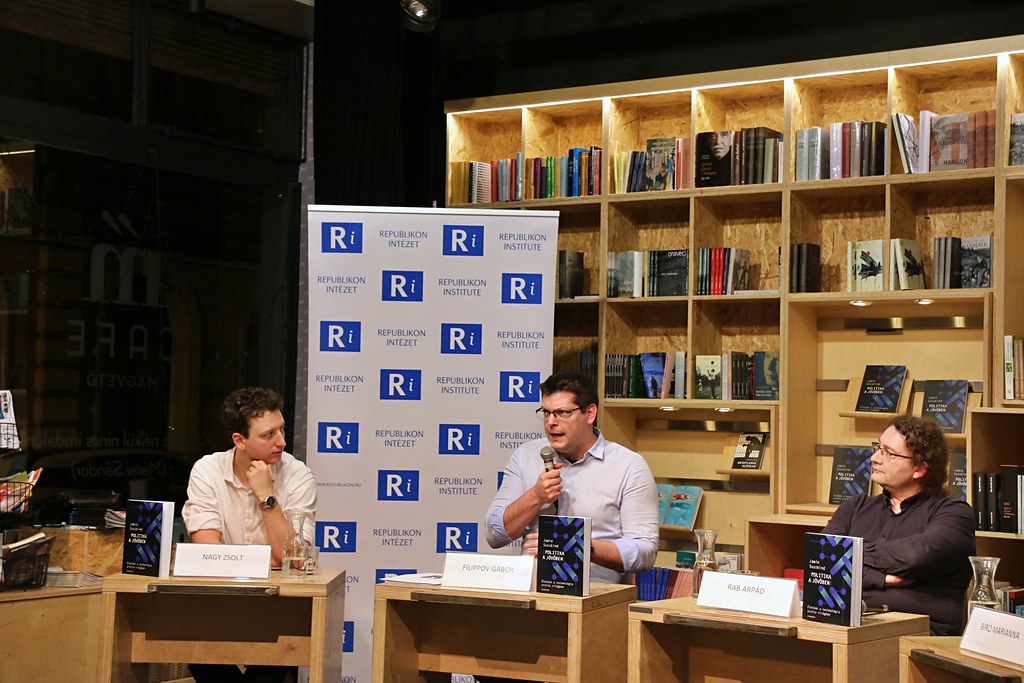 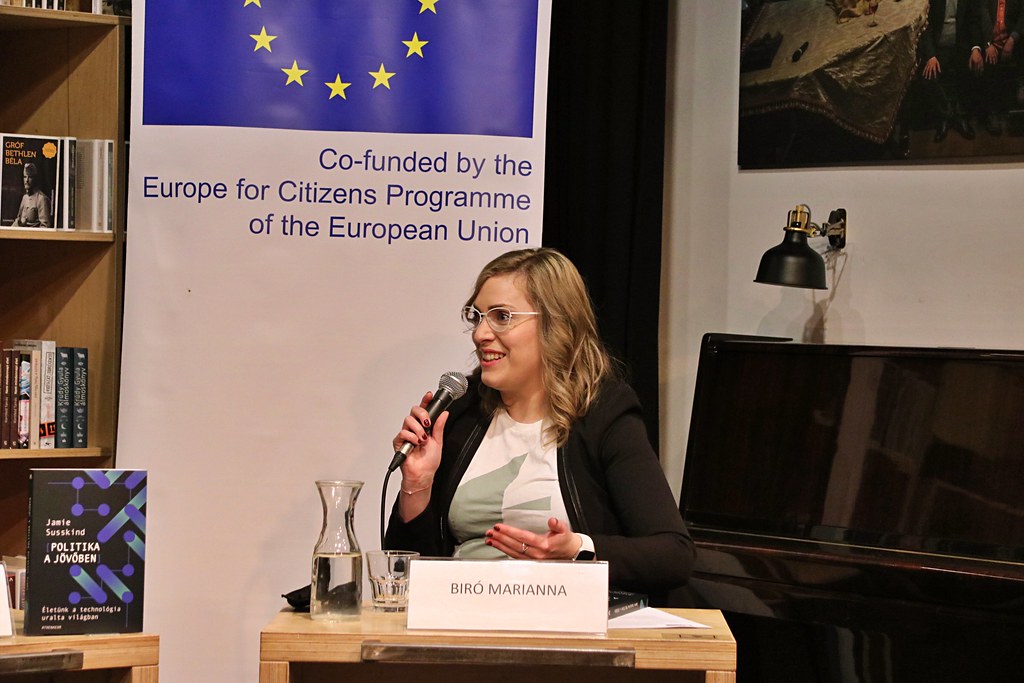 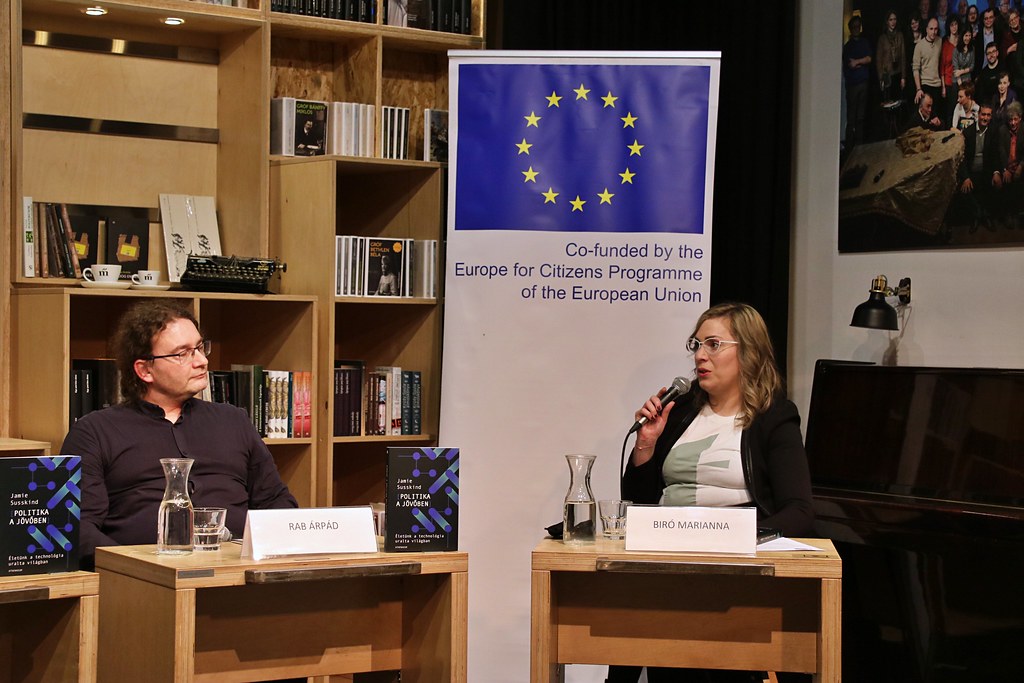 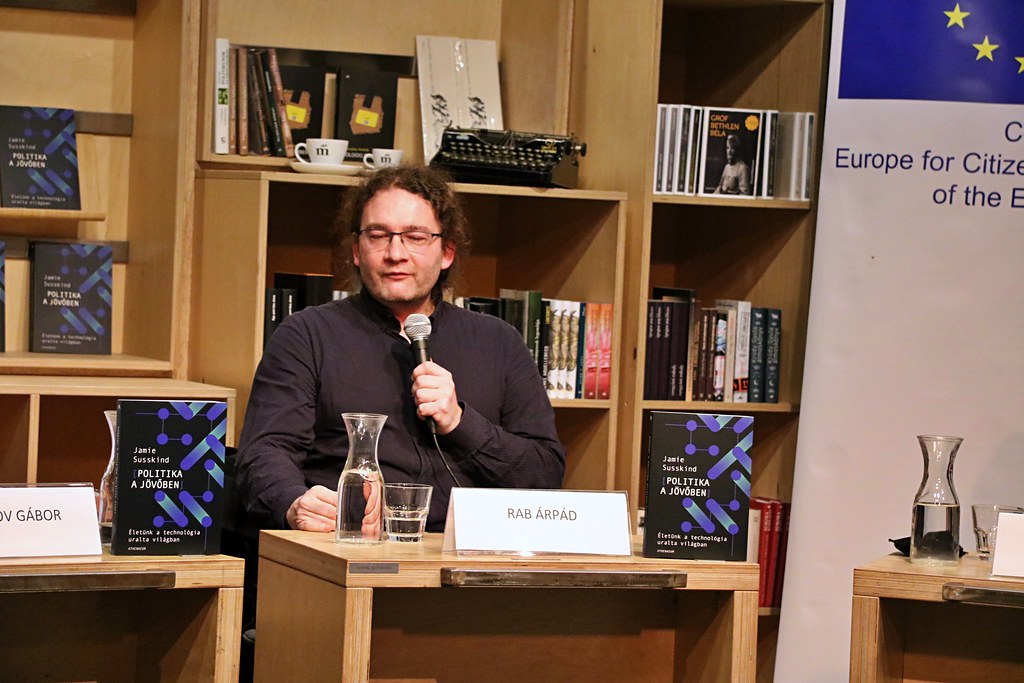 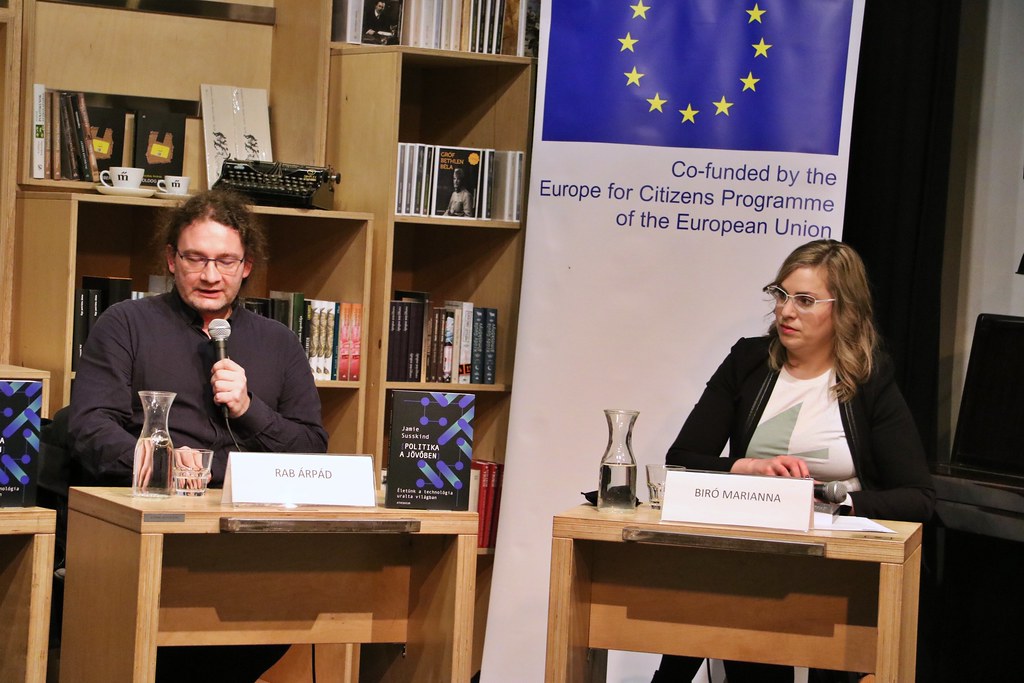 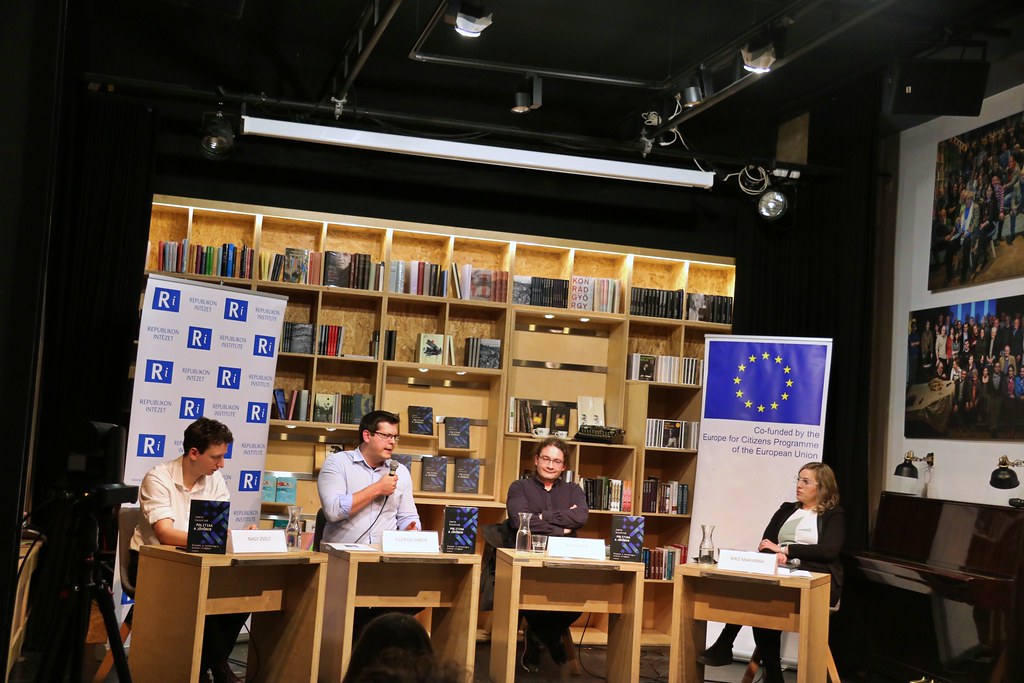 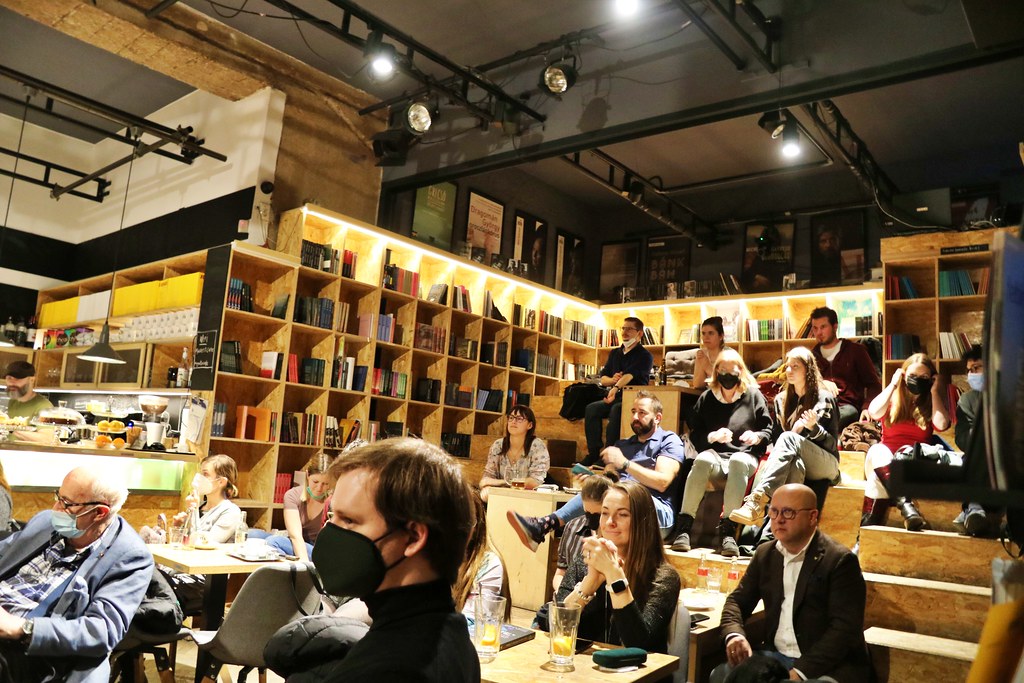