The State of the LGBTQ+ community in Hungary and in Europe

The first panel of the conference opened with a video message from Antoaneta Asenova-Bihlmayer (Board Member of the European Liberty Forum). The MEP highlighted the importance and relevance of the topic and thanked the institute for organising an event like this. The guests on the panel were Anett Bősz (deputy-mayor of Budapest), Milosz Hodun (representative of the polish political party Nowoczesna) and Marja Lust (Board Member of the Dutch Pride66 and the City Council of Amsterdam).

The main topics of the discussion were the state of LGBTQ rights in the guests’ home countries, the role of civil organisations, the responsibility of the European Union and the impact of the many crises of the past years.

Anett Bősz explained that the Hungarian government attacks the LGBTQ community openly, whose fundamental rights are therefore not ensured in the country. She thinks that the Rainbow Movement of the civil organisations has built something spectacular out of nothing, which gives reasons for hope – but these organisations will soon reach their limits. Additionally, Anett highlighted that crises cannot be used as an excuse to neglect LGBTQ rights, because this means that we are forgetting about people.

According to Milosz Hodun, the state of LGBTQ rights in Poland is terrible, the worst in the European Union according to surveys. The anti-LGBTQ sentiment is outright sponsored by the government and the church. The work of polish civil organisations, however, is very important and social acceptance is progressing in the right direction, although there are significant differences between urban centres and the countryside. Milosz also stressed that the EU has an obligation to protect LGBTQ rights in all of its member states because if one of the members is rotten, the whole Union is rotten. We cannot give up the fight for rights and our freedom, even in crises, he added.

Marja Lust painted a more positive picture of her country. In the Netherlands, the rights of the LGBTQ community are ensured top-down and are protected by the government – and the situation is therefore in stark contrast with Hungary and Poland. Still, there is room for improvement, especially when it comes to social acceptance. Marja put special emphasis on the importance of visibility, which plays a key role in increasing acceptance. She also added that although crises like the pandemic or war make the marginalisation of LGBTQ matters easier, we must not let this happen.

The main issues discussed were the safety of the LGBTQ community, sexual education, the anti-LGBTQ legislation of the Hungarian government, the state of civil organisations and the question of Kulturkampf.

In general Luca, Dudits does not think that Hungary is safe for members of the LGBTQ community. Although the average person has become more tolerant and open, the policies introduced by the government have a negative impact on safety and public opinion. We can see a rise in anti-LGBTQ violence since the passing of the anti-LGBTQ law in June 2021. Luca agrees that civil organisations that have educational functions should be accredited, but the government has still not established the promised registration system that could approve the organisations to enter schools. She disagrees with the notion that topics of safe sex and protection should be ideologized. Luca also would not say that ‘gayness’ would be culture-alien to Hungarians.

Gergely Szilvay fundamentally supports the conservative legislation of the government and sees Hungary as a safe country. He does not think that the issues of stepping up against violence and LGBTQ matters should be confused with each other. According to him, it is the parents’ and teachers’ responsibility to bring up socially sensitive children.

Melinda Hal thinks that violence should be combatted in a general manner, there is no sense in picking out a specific social group. In her personal experience, not all members of the LGBTQ community want to be put in the spotlight because of their identity. She thinks that filtering the organisations that have access to schools is necessary. Additionally, Melinda is against the promotion of LGBTQ topics and agrees with the actions taken by the government. She thinks that a Kulturkampf exists and indeed should exist. She also thinks it important to see that the concept of something being culture-alien to us is an existing phenomenon.

Dávid Vig noted that as long as it is derogatory to call someone gay in Hungary, we cannot talk about security for the community. Members of the LGBTQ community are ensured no safety against hate crimes. The government is actively working against safety and for the negative perception of the community. He also pointed out, that the anti-LGBTQ law passed by the government is very vague and therefore inadequate as a policy. Dávid also thinks that currently, the government is not doing enough to ensure the safety of children. It is important that we talk about the realities of the situation and do not hide behind pseudo-scientific theories, he added.

Viktória Radványi commented that in her own experience, more and more members of the LGBTQ community are forced to leave the country to be able to live a full life, even though they originally had no plans for emigration. Although there have been so arrests for the ‘promotion’ of LGBTQ topics since the passing of the law yet, she thinks that this is partly due to the fact that the law generated such fear in people, that they do not dare to go near the issue. Viktória added that she was fighting for Hungary to be a safer place for the LGBTQ community and polarizing arguments are counter-productive in that process.

Magyar Nemzet online has published a short report from the second panel of the Republikon Institute's conference: The State of LGBTQ community in Hungary and in Europe. The journalist highlighted Luca Dudits' response to the question of whether it is safe to be a member of the LGBTQI community in Hungary today. Her answer was that no, but this is the trend all over Europe. She believes that people have become more open towards LGBTQI people, so more and more people dare to embrace their gender identity and sexual orientation, but there is also a negative wave of increased violence against members of the community. According to Melinda Hal, what we see in the statistics is that the number of gender identity crimes is barely measurable at the moment,so its not relevant. Viktória Radványi pointed out that they receive a lot of letters from LGBTQI people planning to move abroad, although they had not originally intended to do so. No one is safe in Hungary, neither members of the LGBTQI community nor those who are considered to be, added Dávid Vig. However, Gergely Szilvay said Hungary is a safe country compared to the West. 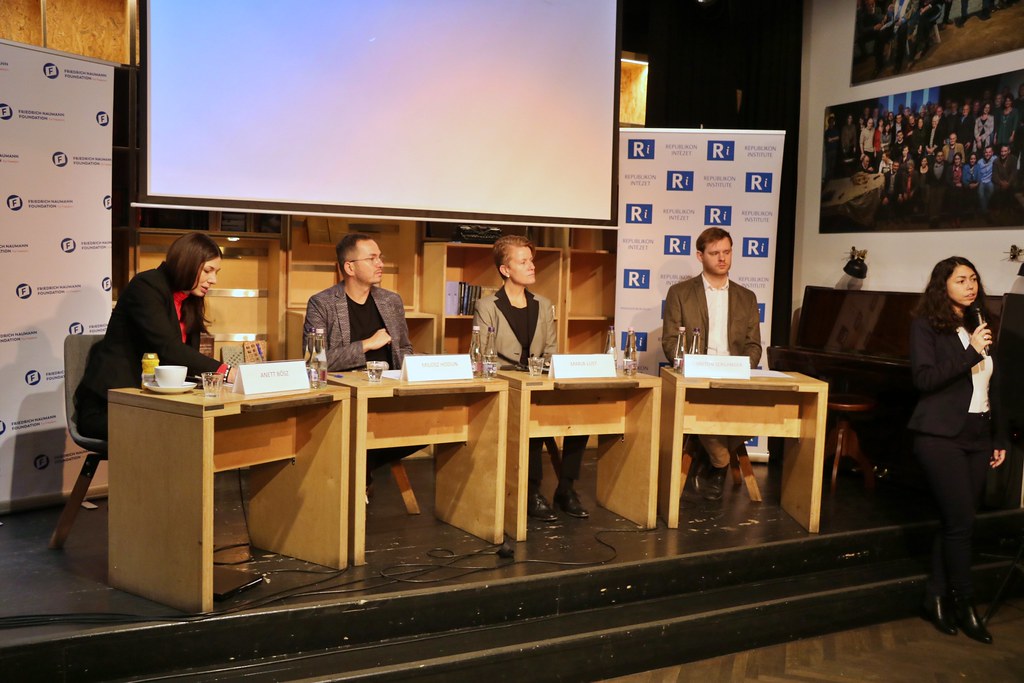 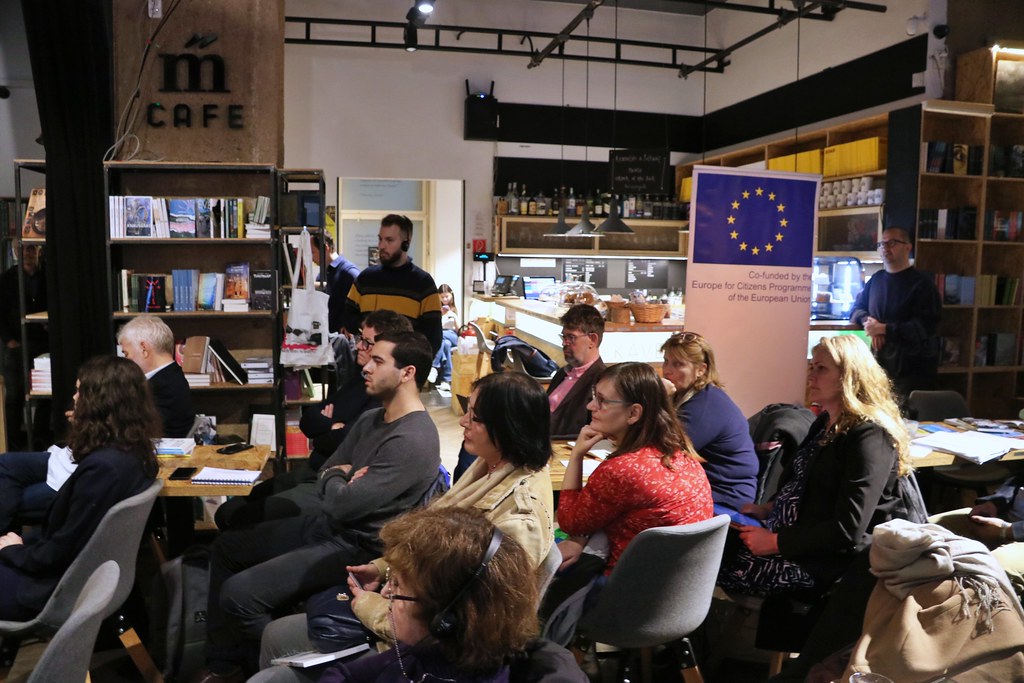 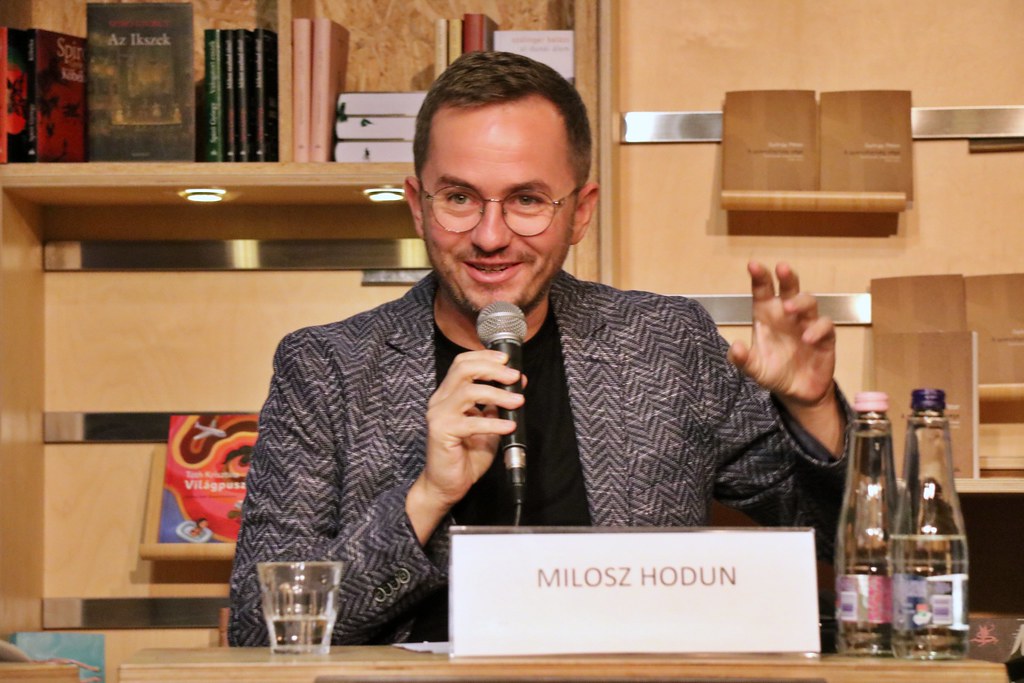 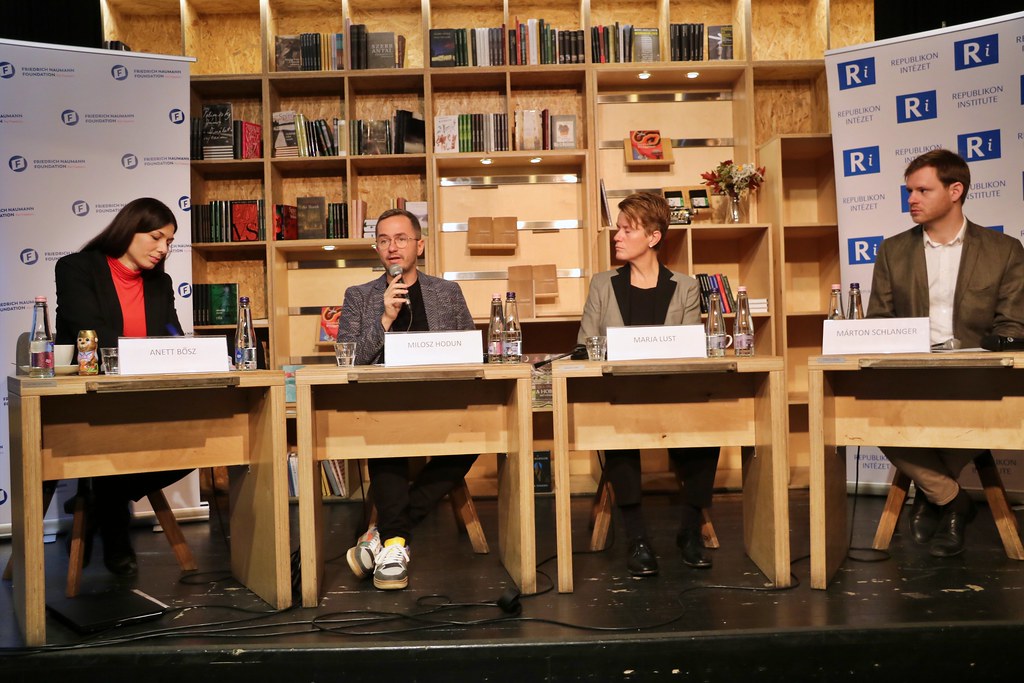 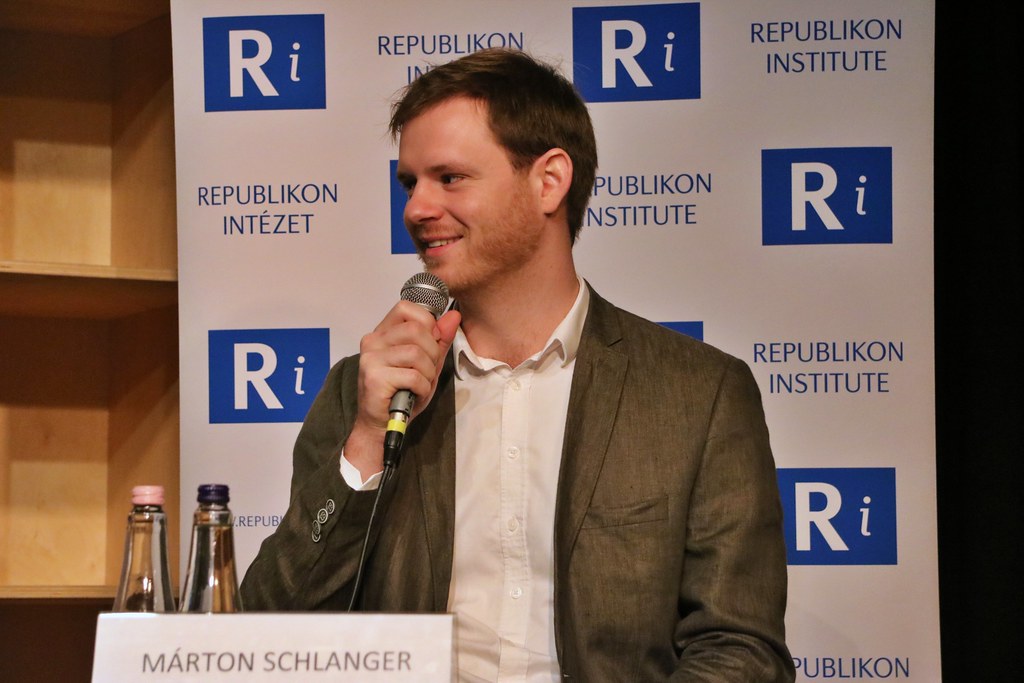 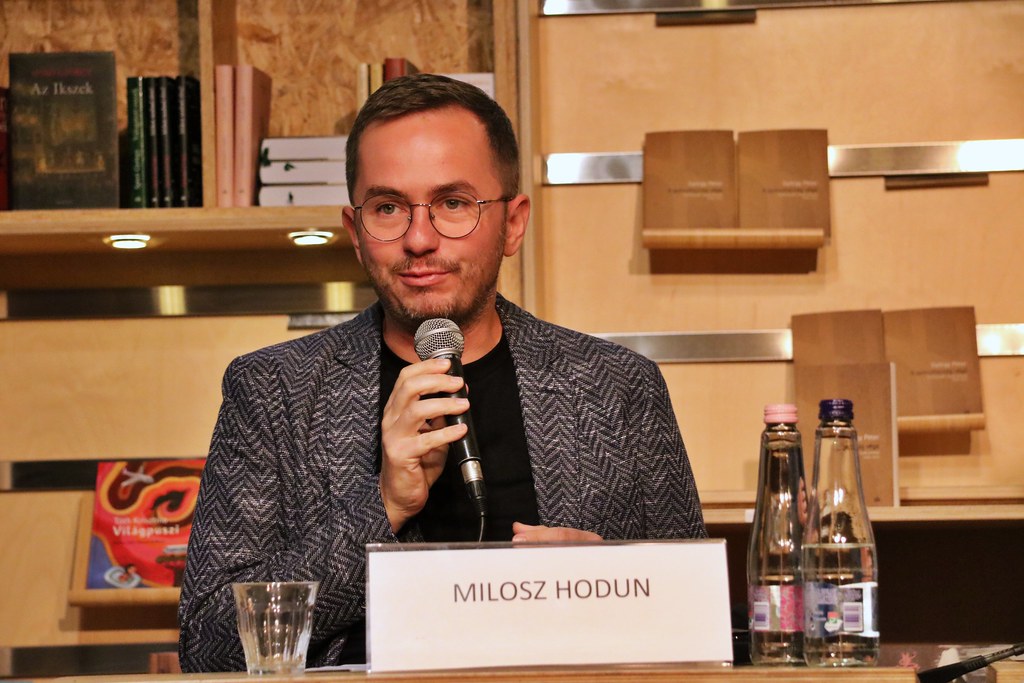 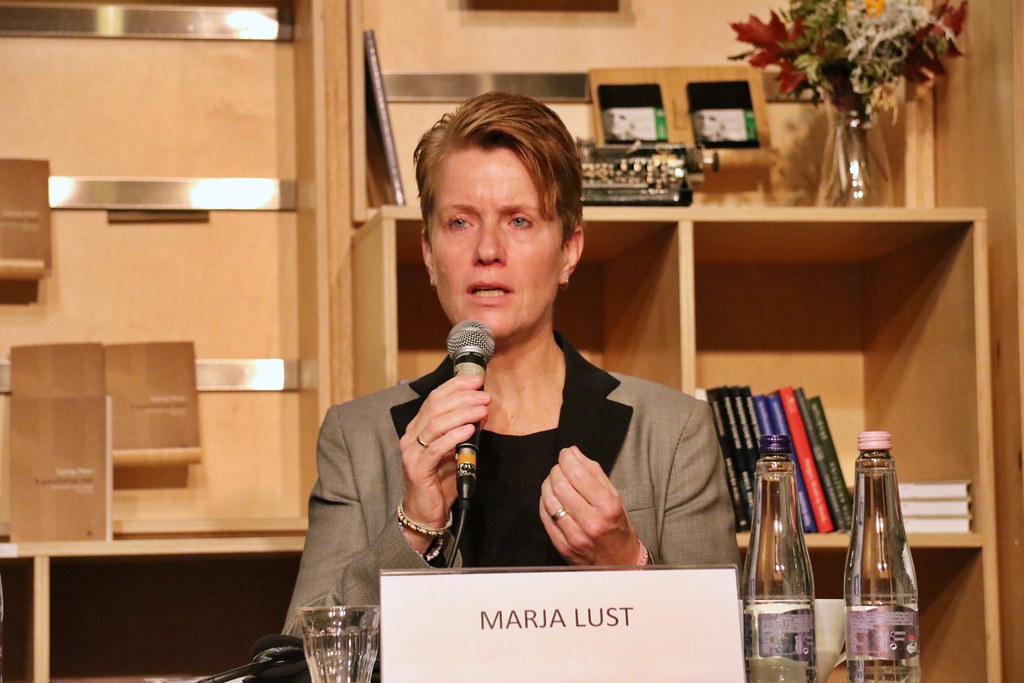 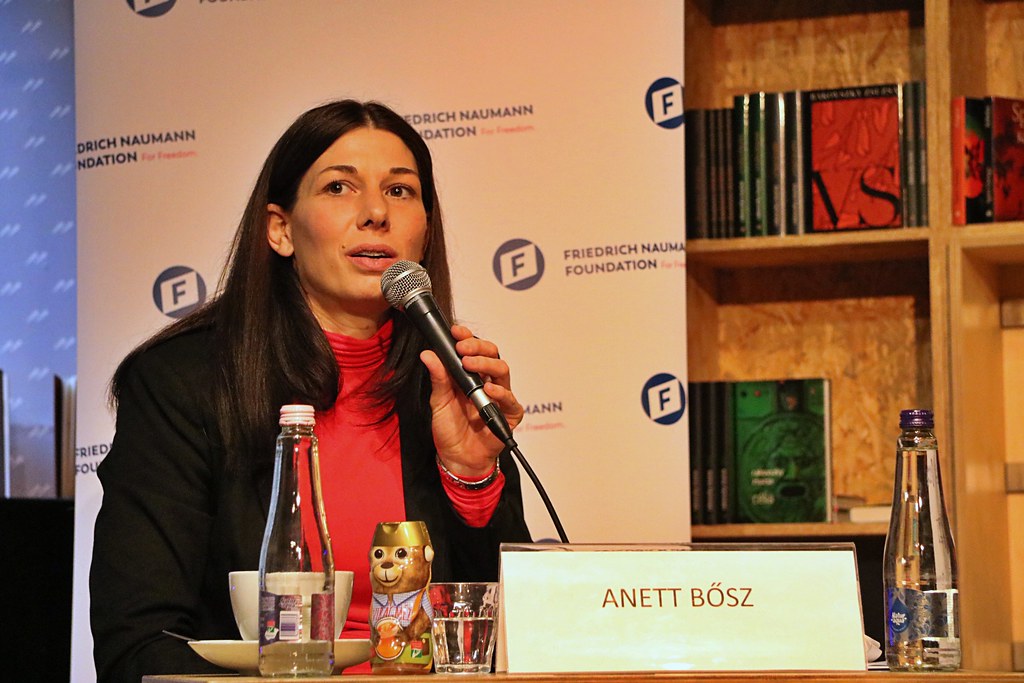 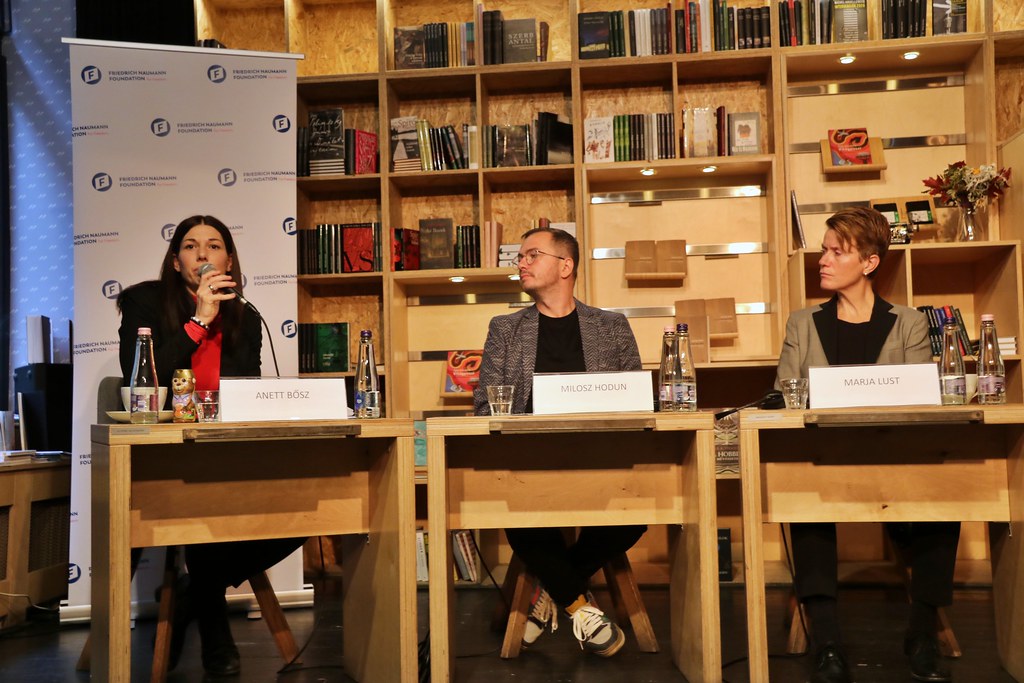 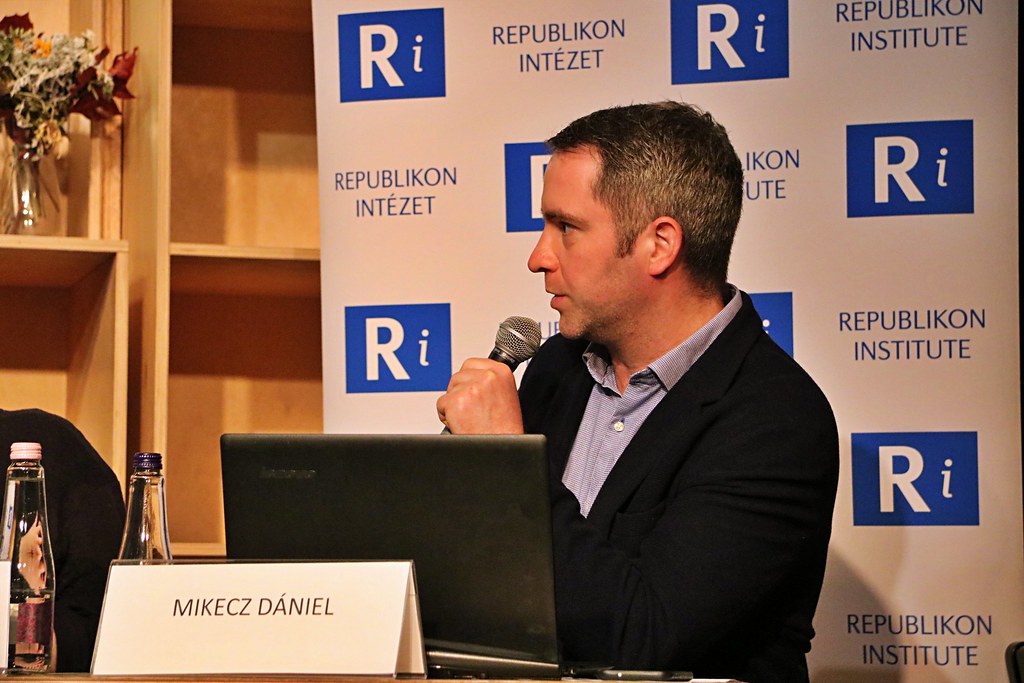 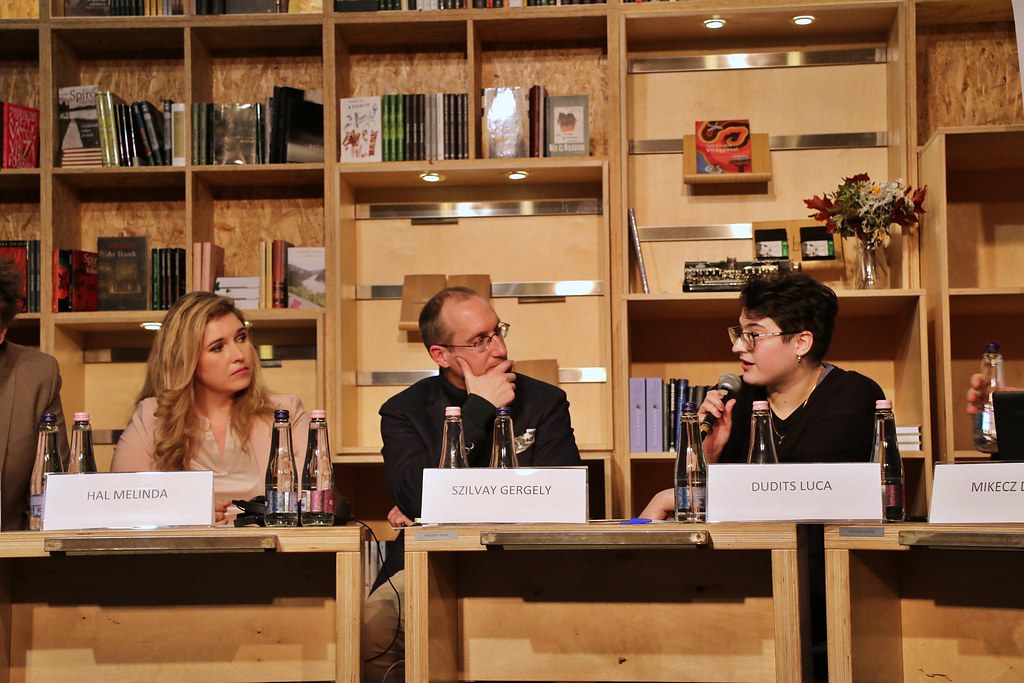 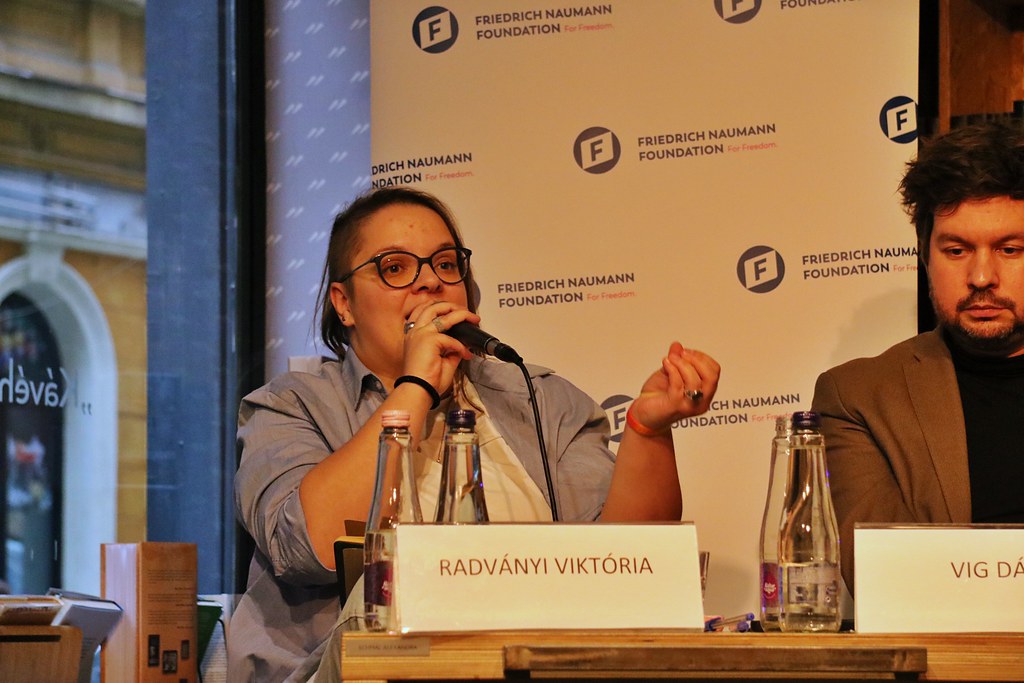 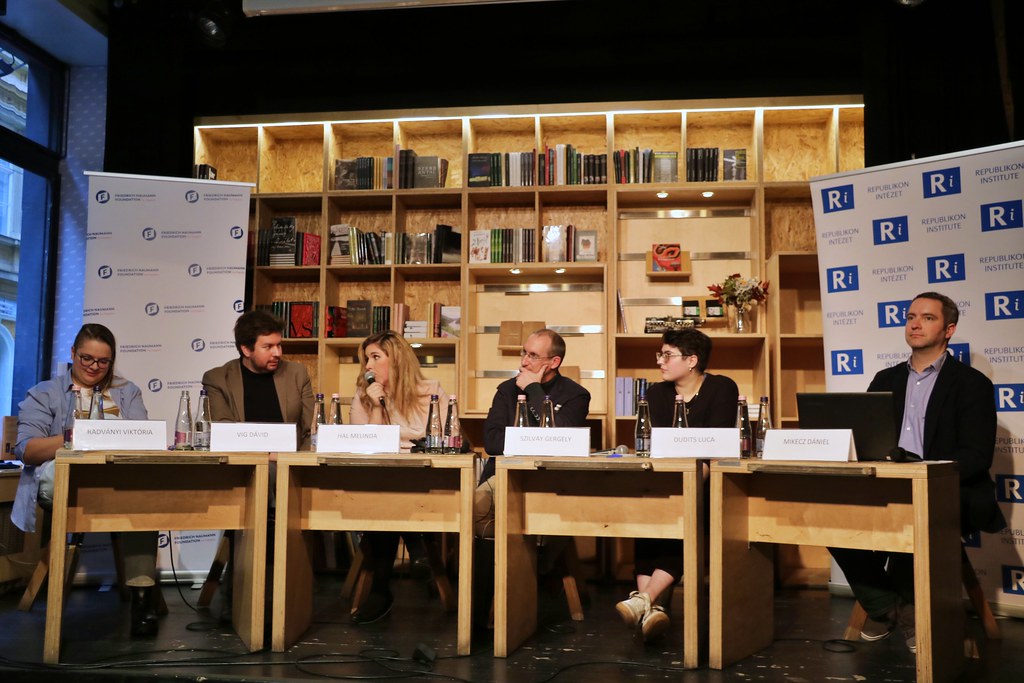 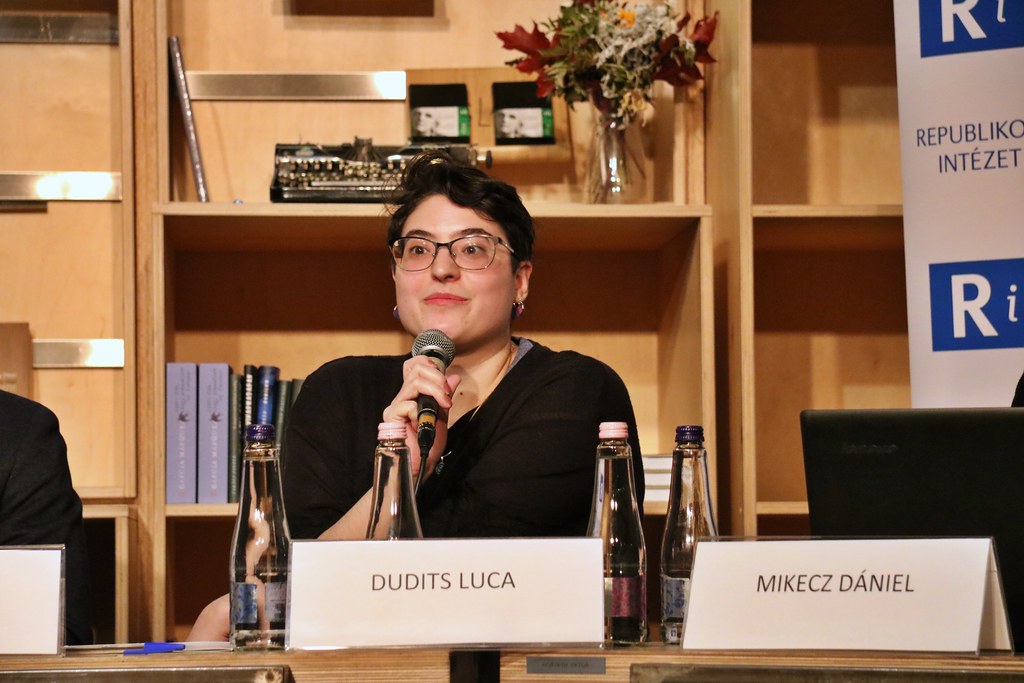 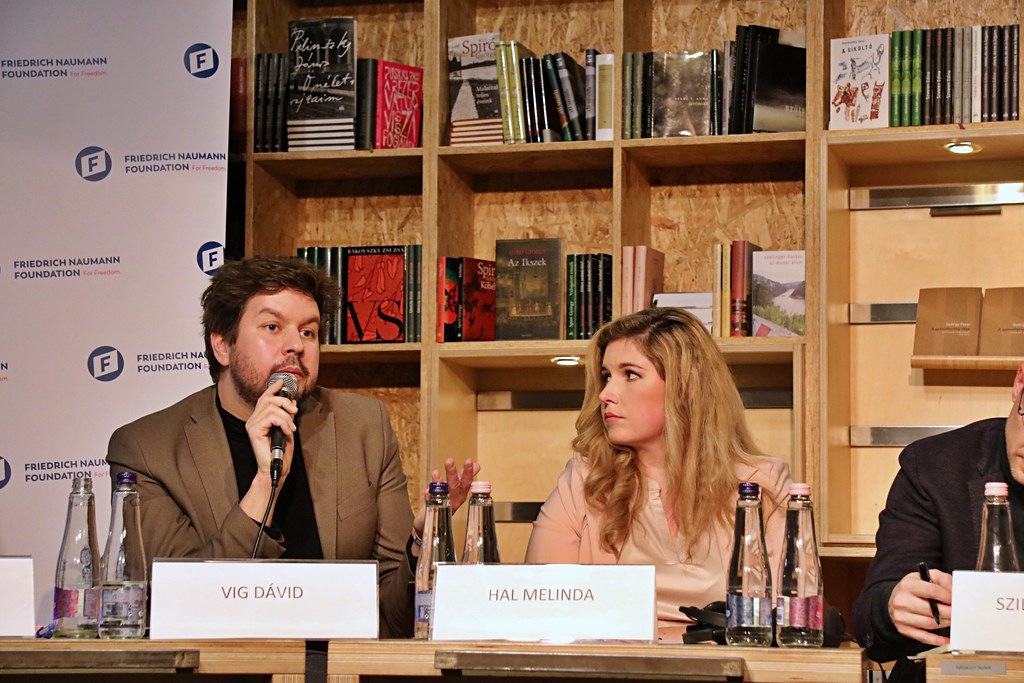 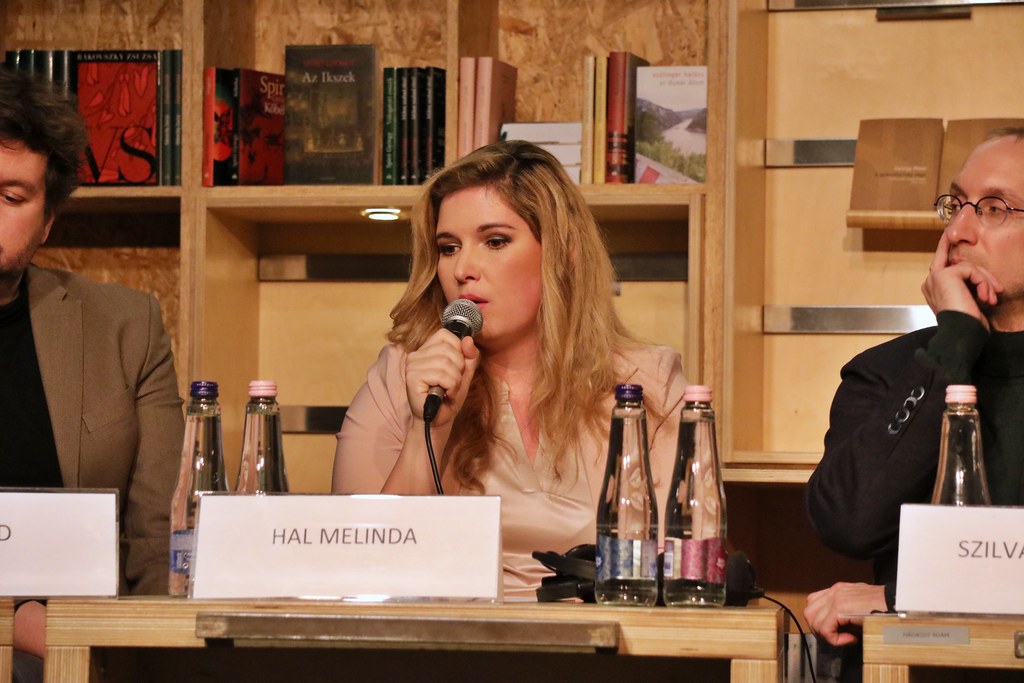 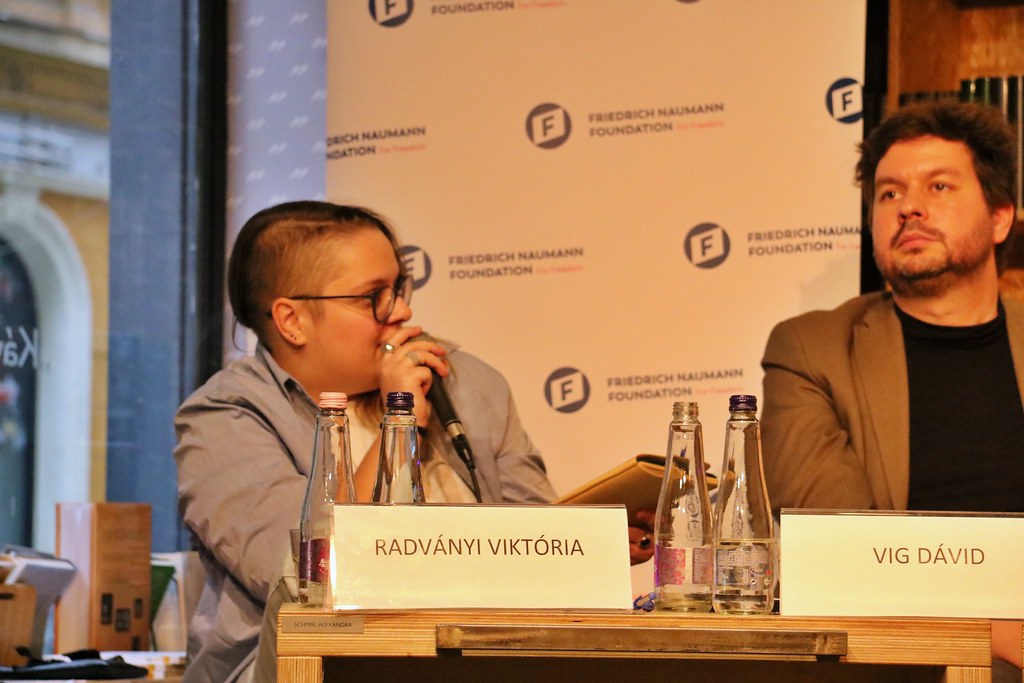 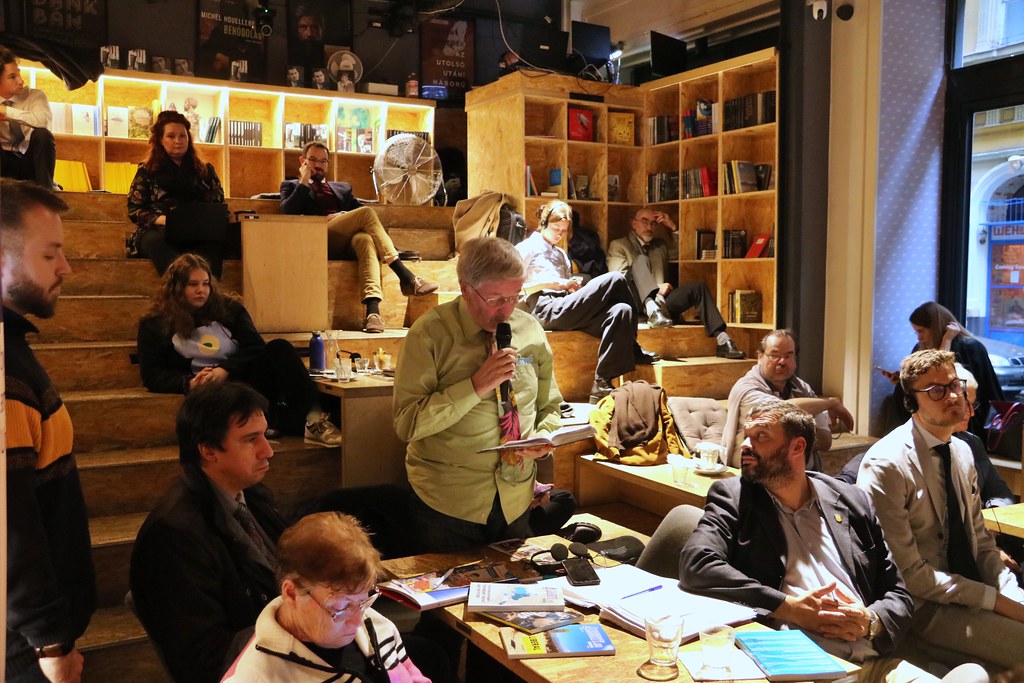 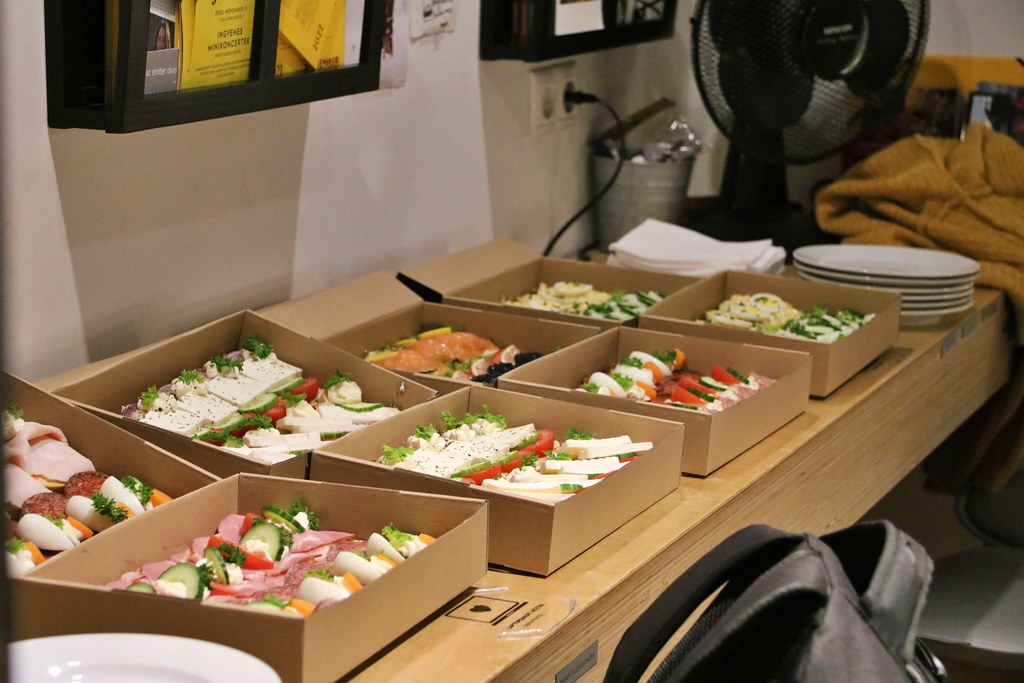 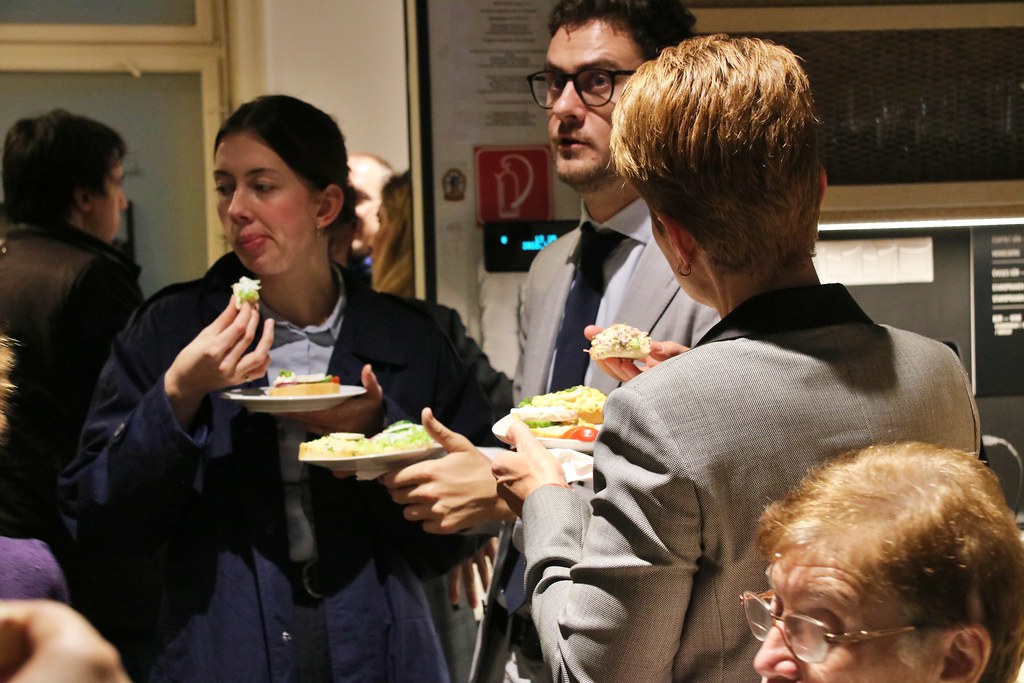